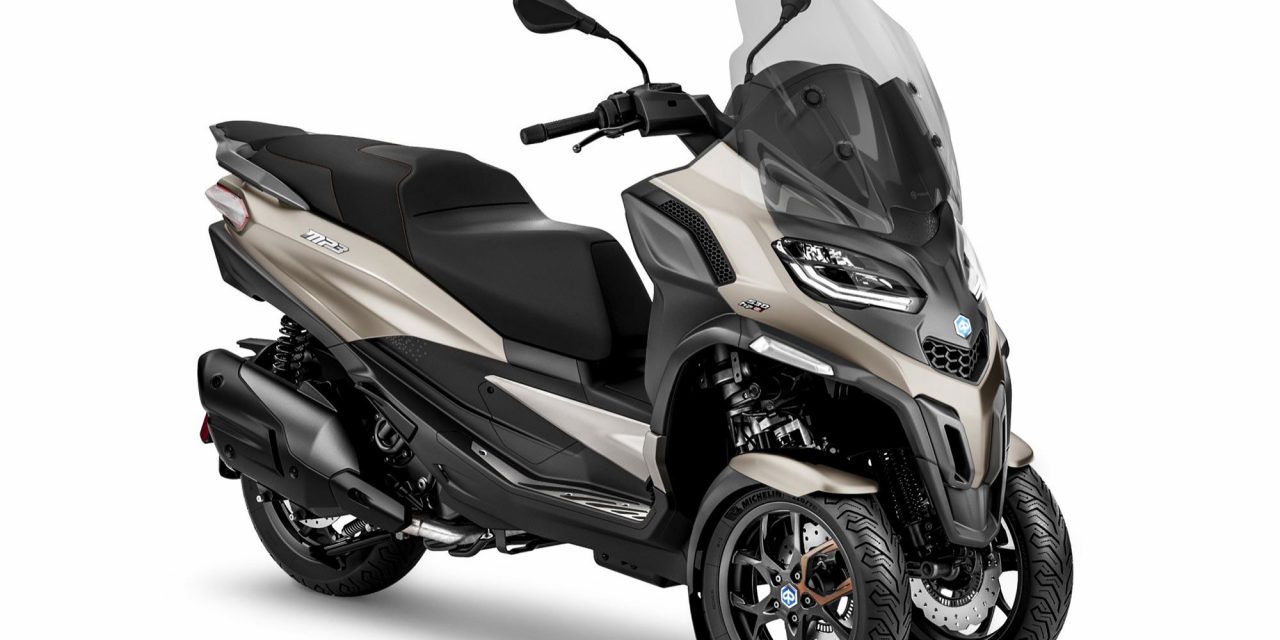 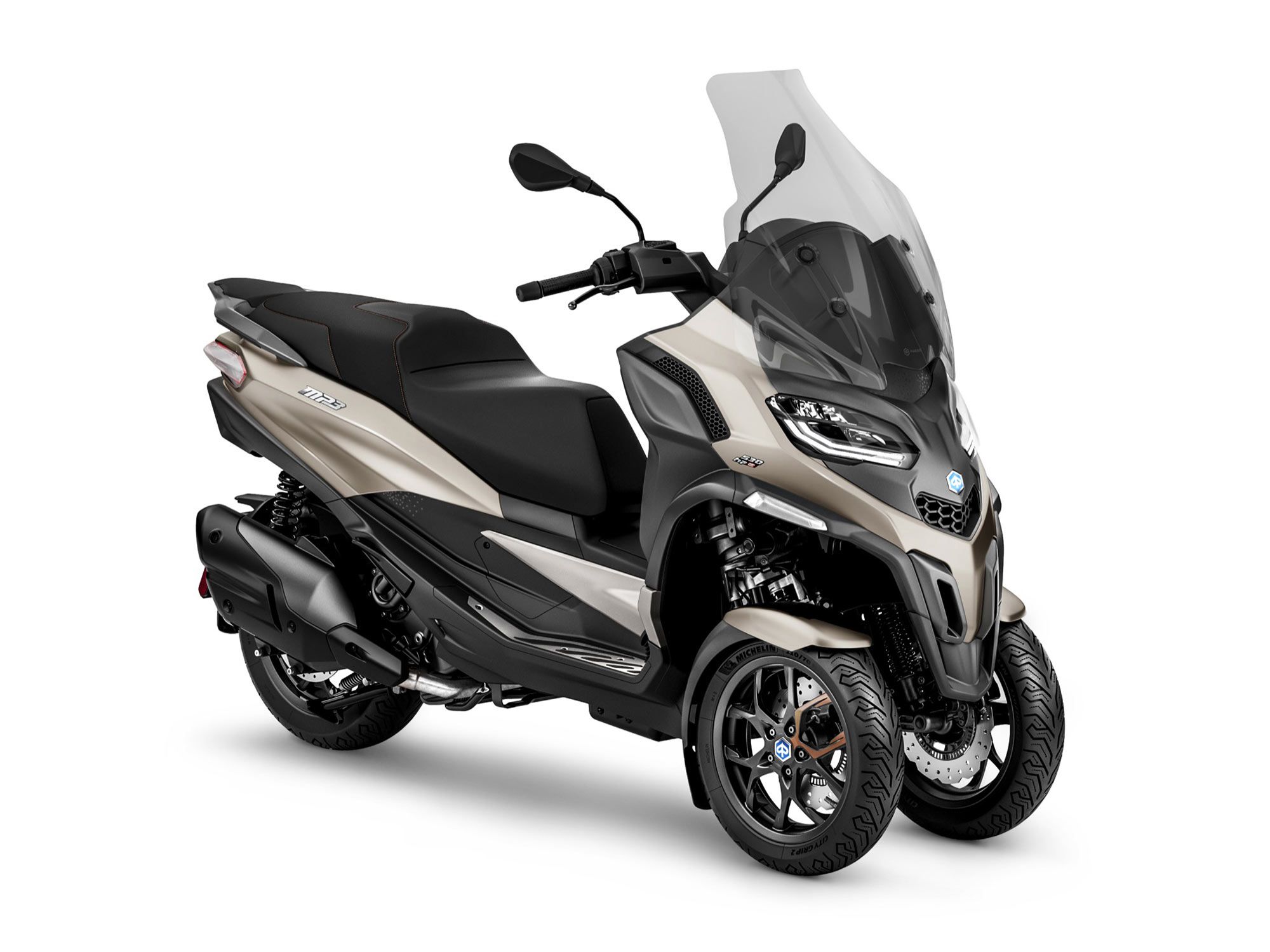 Piaggio is expanding its popular MP3 three-wheeled scooter platform in 2023 to include three model variants: the MP3 400 hpe, MP3 400 hpe Sport, and the MP3 530 hpe Exclusive.

The 400 and 400 Sport are capable of producing up to 35 hp, while the 530 will put out up to 44. All three come with revised styling and new LED lighting systems. Rider position is improved thanks to new saddle, footpeg, and handlebar settings. Underseat storage remains ample, with space to fit two full-face helmets. All three models come with ABS and ASR, keyless ignition, and the ability to connect to smartphones via the Piaggio MIA app.

As you would expect, the 530 Exclusive comes with more attractive enhancements, including a revolutionary Advanced Rider Assistance System developed in partnership with Piaggio’s robotics subsidiary, Piaggio Fast Forward.

The ARAS marks the first time such technology has been implemented on a scooter. The system includes Imaging Radar 4D, which informs the Blind Spot Information System and Lane Change Decision Aid System. Sensors indicate when vehicles are present in the blind spot with a light-up notification in the rearview mirrors. The Lane Change system calculates the speed at which oncoming vehicles are approaching from behind and alerts riders of potentially dangerous lane-change situations with a notification on the instrument panel.

The 530 also comes equipped with a reverse gear and rear video camera, and features cruise control and Eco, Comfort, and Sport ride modes. 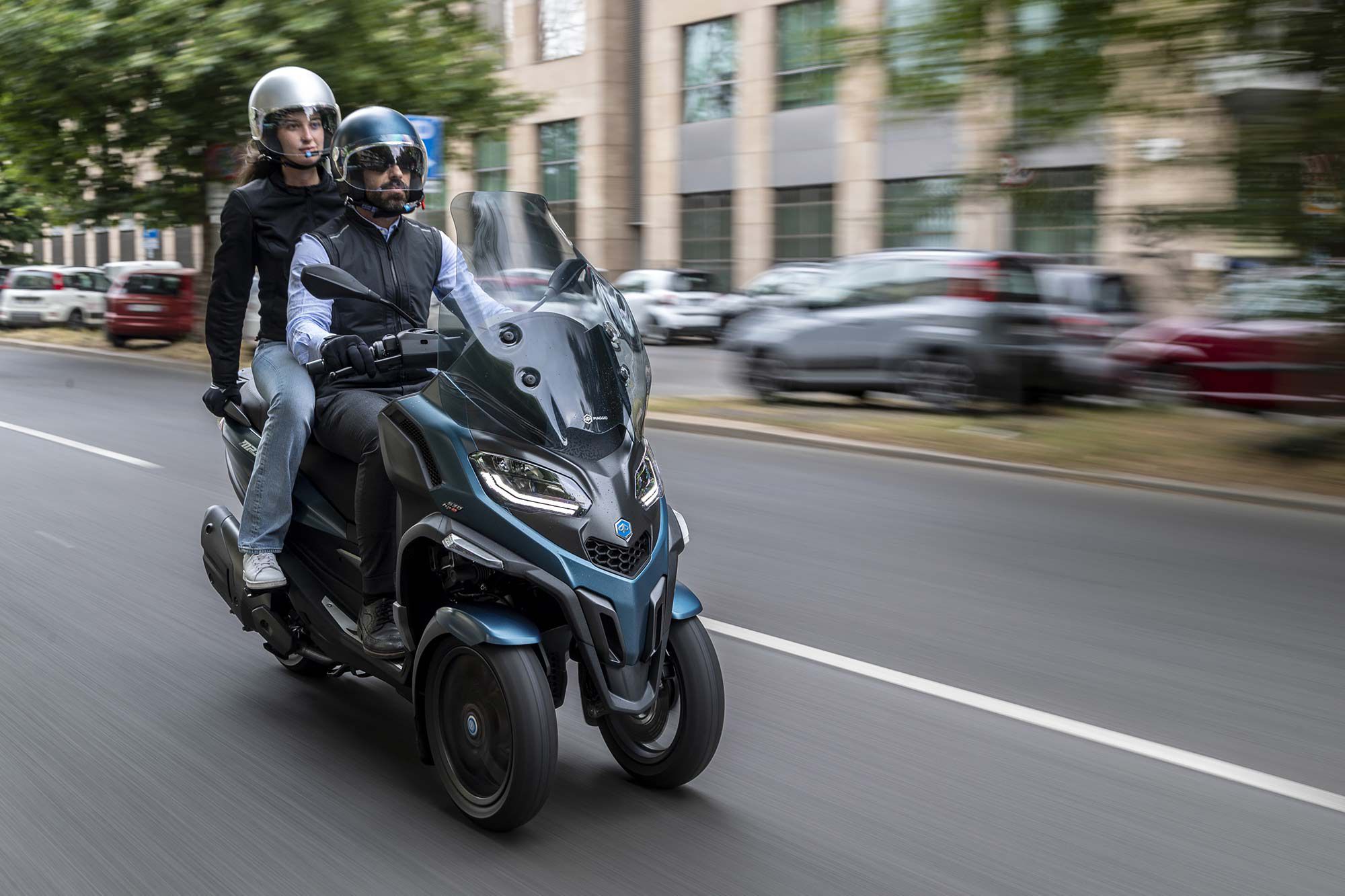 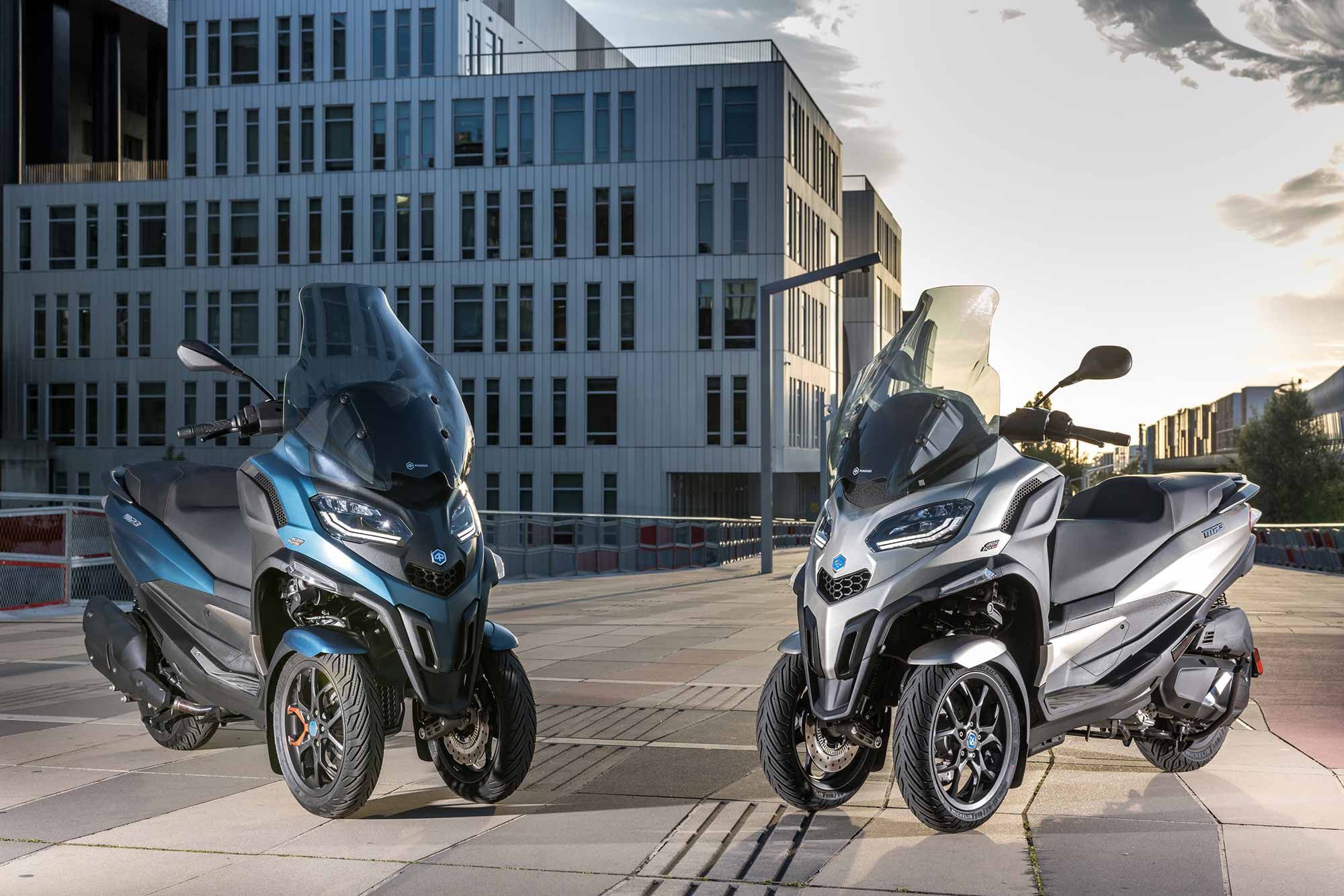 The MP3 530 marks a big step forward for the popular three-wheeled model. (Piaggio/) 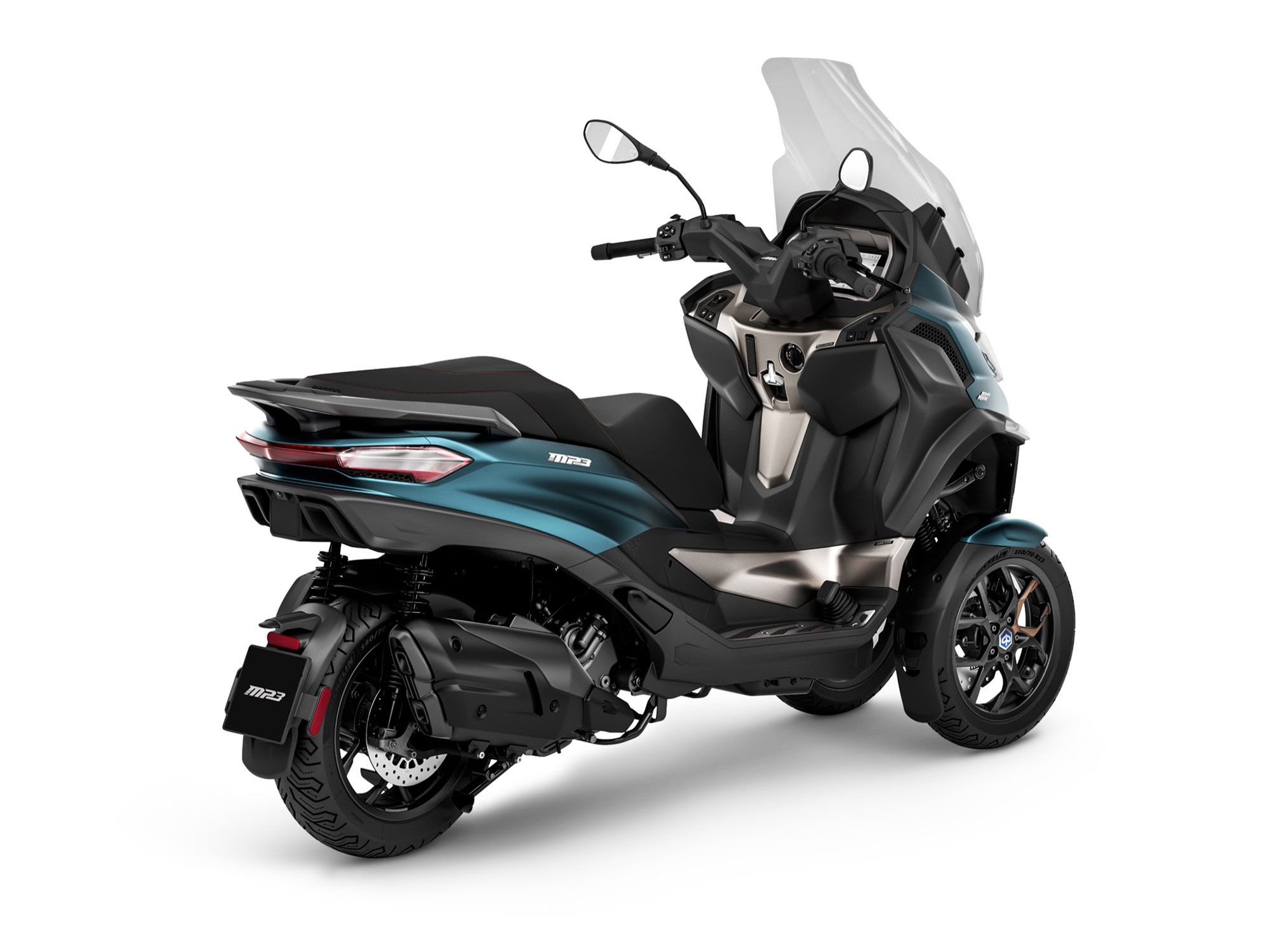 Improved aesthetics and ergos are sure to please. (Piaggio/) 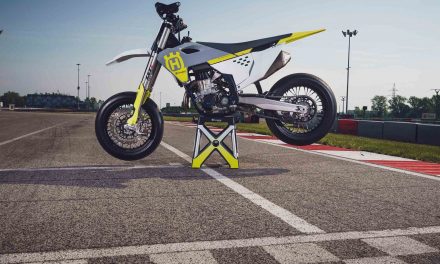