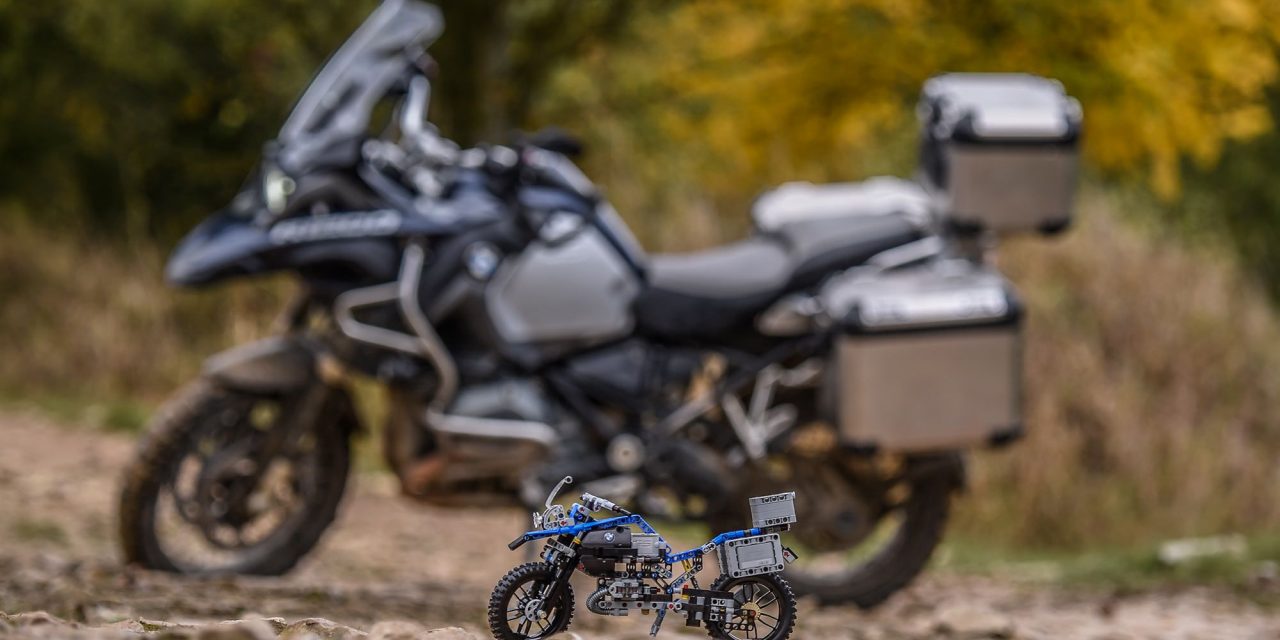 Roll out the cityscape play rug! Lego has teamed up with motorcycle and scooter manufacturers to create impressively intricate playsets for all ages of two-wheeled enthusiasts. 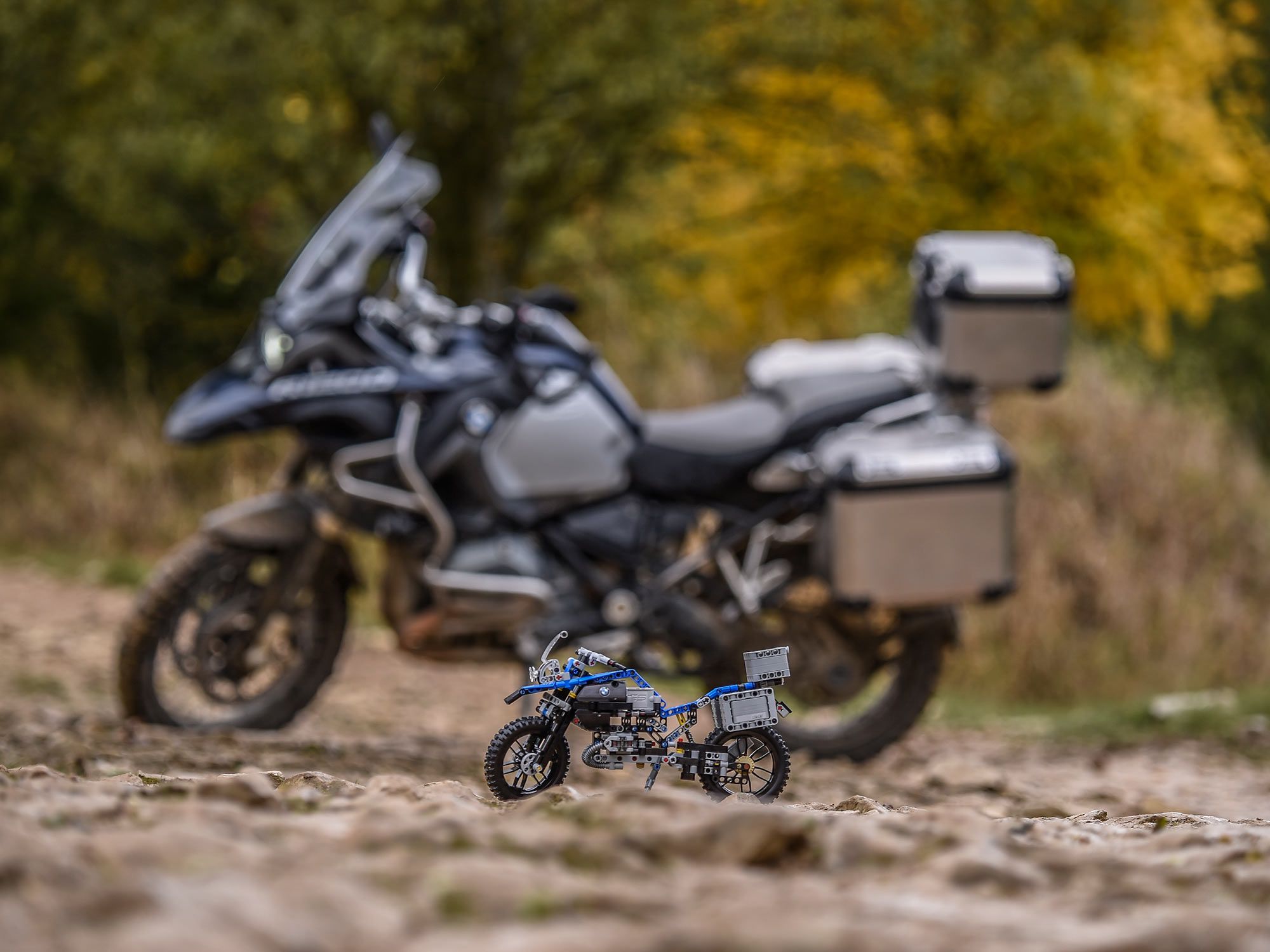 The BMW R 1200 GS Adventure Lego set was first sold in January 2017 and was the first Lego Technic model to be produced in cooperation with a motorcycle manufacturer. From the pointed beak to the opening hard cases, the 603-piece set matches the recognizable profile of the GS. Functioning suspension, shaft drive, kickstand, and steering are all fantastic details, but the moving engine assembly that pushes the pistons in the boxer engine as the wheel turns may be the most exciting feature. Unfortunately this model has been discontinued, but it can still be found on Amazon or Ebay. 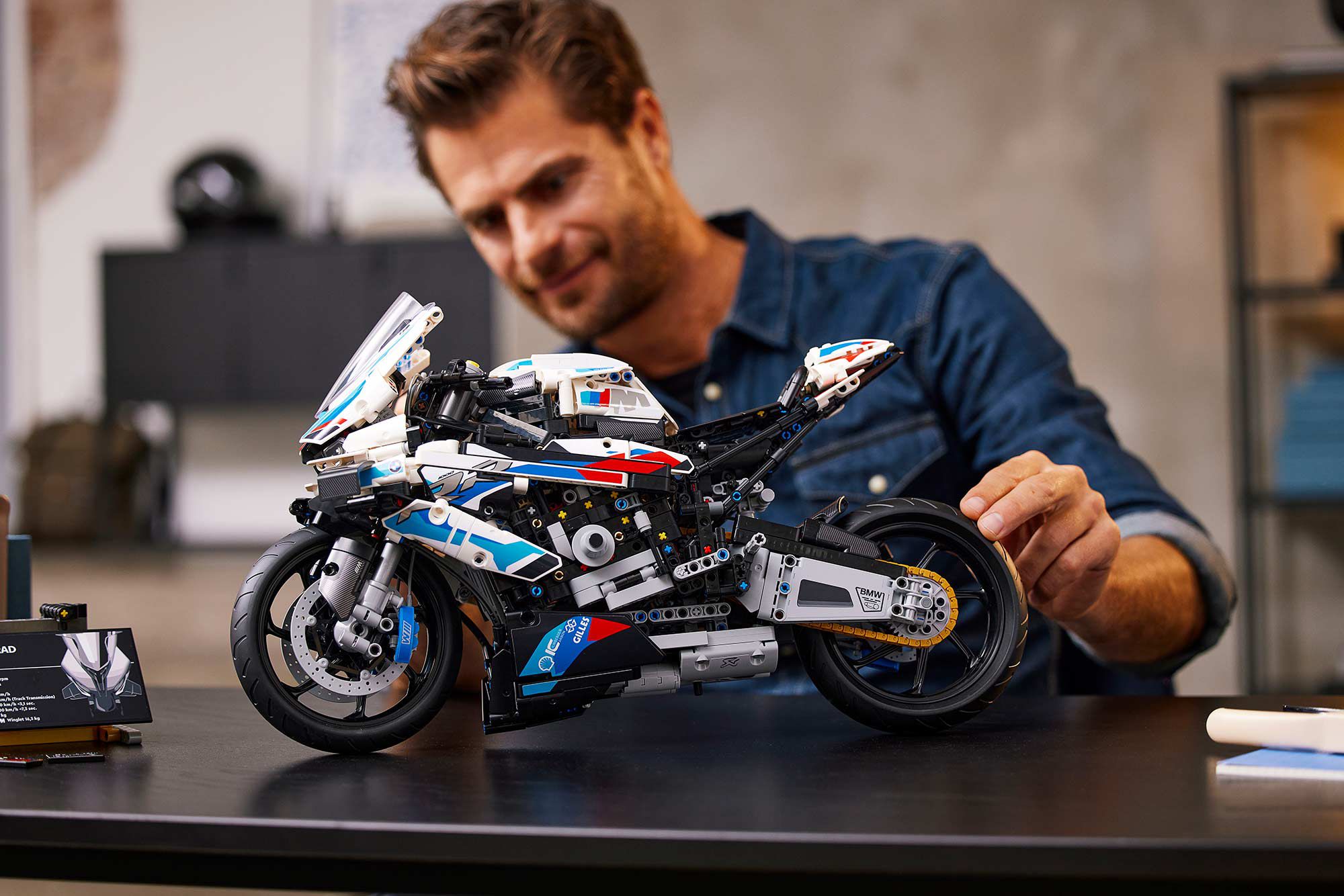 The detailed Lego set for the M 1000 RR was introduced earlier this year and is nothing short of awesome. (BMW/)

More recently, the Bavarian brand joined forces with Lego to recreate the M 1000 RR. This slick set, a 1:5 scale of the BMW superbike, is sure to keep builders busy with its 1,920 individual pieces. 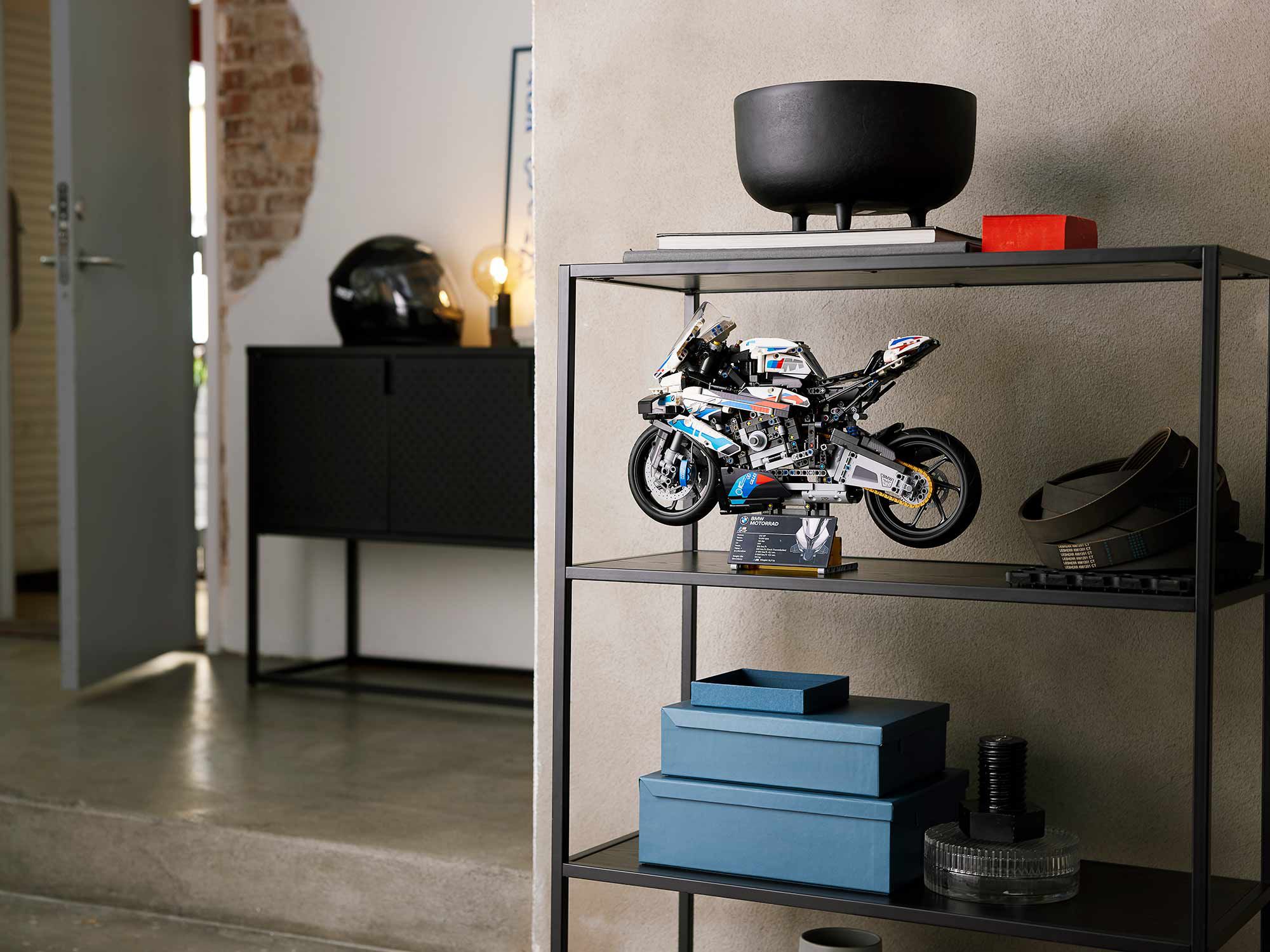 The detail-oriented racer/rider will appreciate the included paddock wheel stand and pitboard. A few other features include the splendid three-speed fully functional gearbox, upside-down fork, rear swingarm suspension, blue brake calipers, Akrapovič-branded exhaust, three dashboard options, and gold chain. At the end of the build, the intricate model will measure 18 inches long. It is currently available for an MSRP of $229.99. 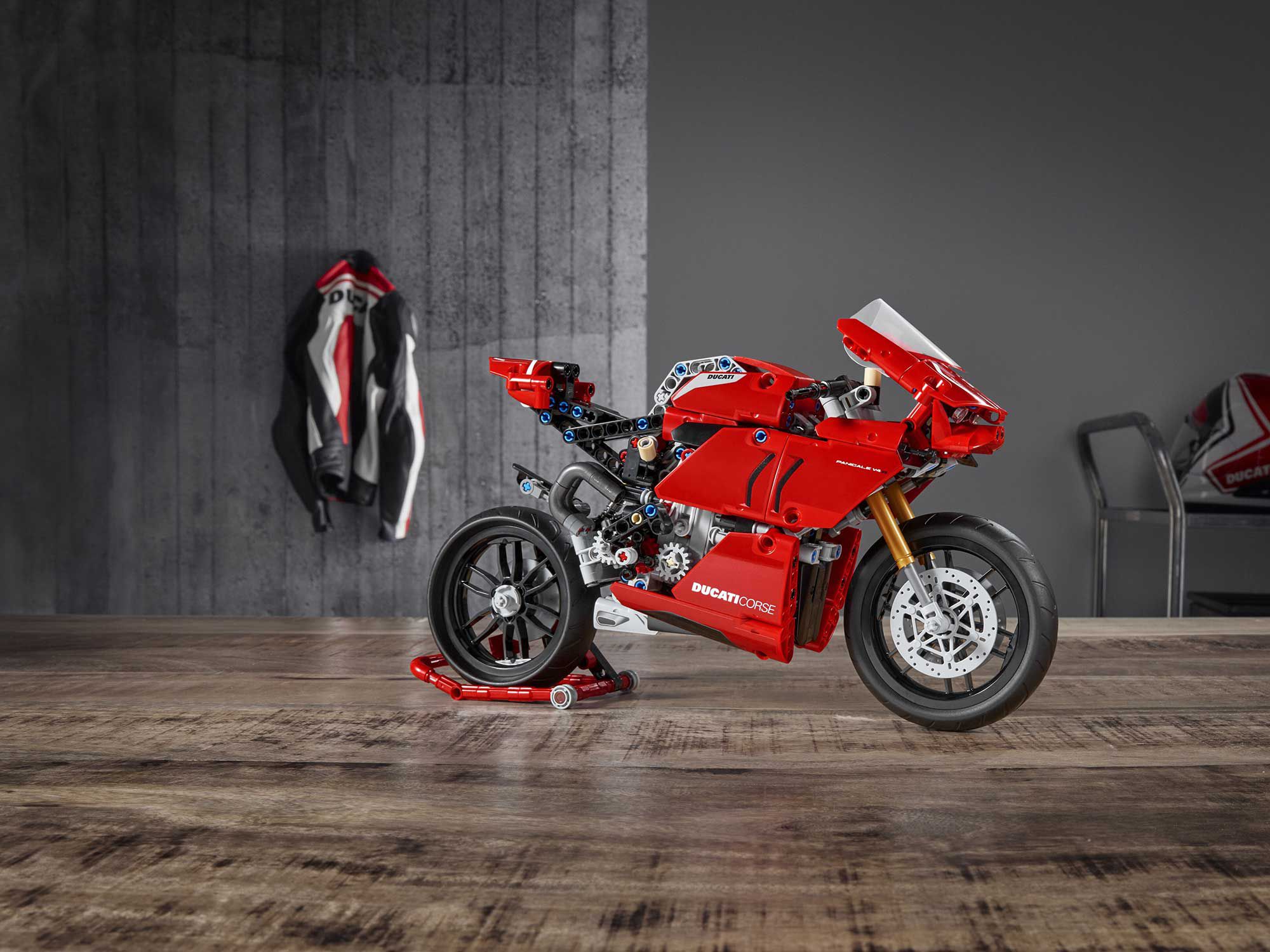 Think it can make 200-plus horsepower to that rear wheel? (Ducati/)

The Danish toy company also made a spectacular recreation of an Italian superbike with its Ducati Panigale V4 R. The 646-piece toy features an immense amount of detail of the homologation special. Its two-speed gearbox, a first for a Lego product when it was introduced, activates the V-4 engine. It’ll be hard to resist making engine sounds. 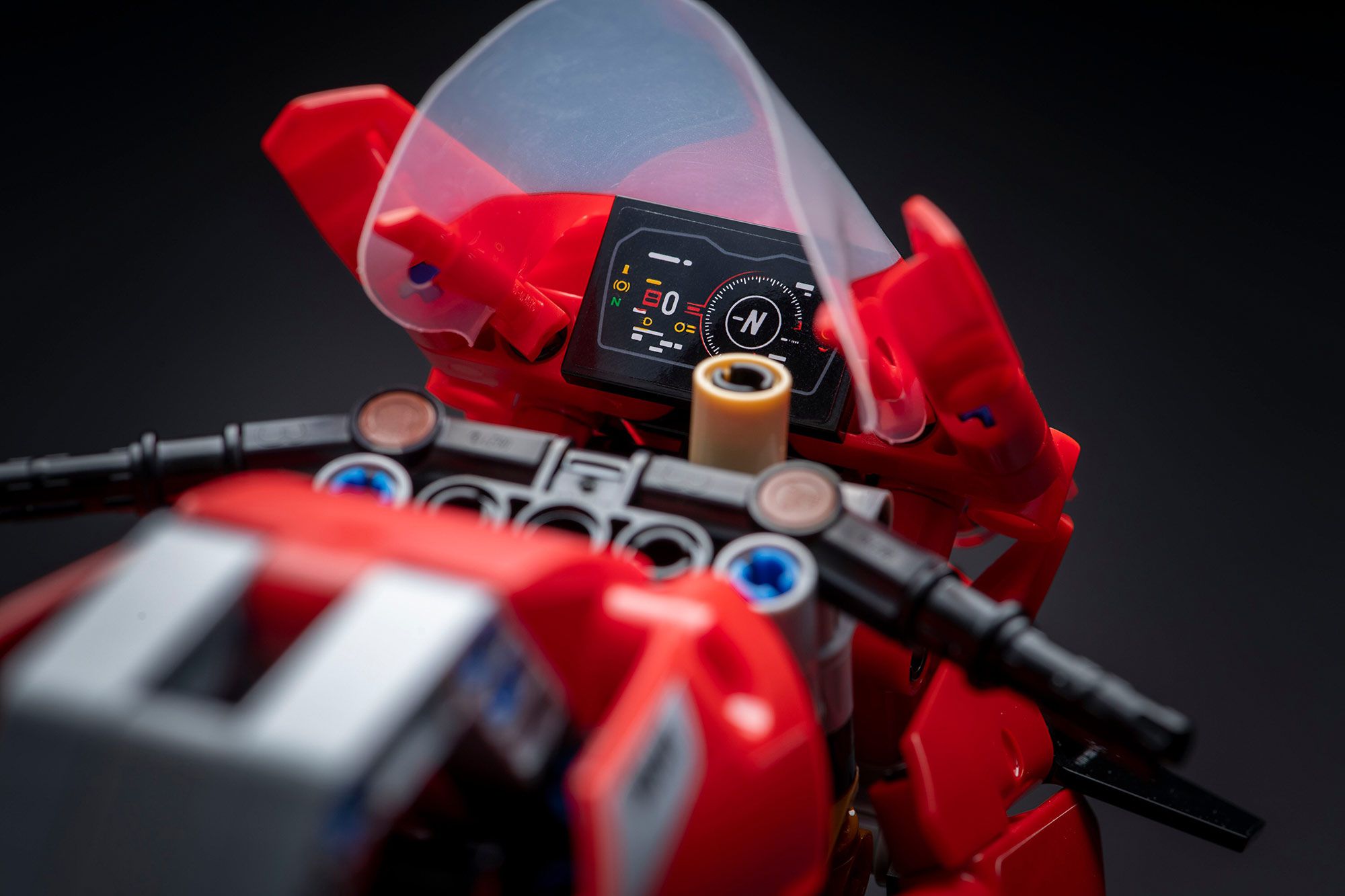 Winglets, windscreen, and even a full dash make up the finer details of this Technic creation. (Ducati/)

Other realistic features, such as the dual front rotors, rear disc, kickstand, exhaust pipe, windscreen, dashboard, and working rear shock and gold fork, showcase the designer’s excellent attention to detail. The Ducati Panigale V4 R Lego set debuted in June 2020 and is still available for Ducatisti young and old for $69.99. 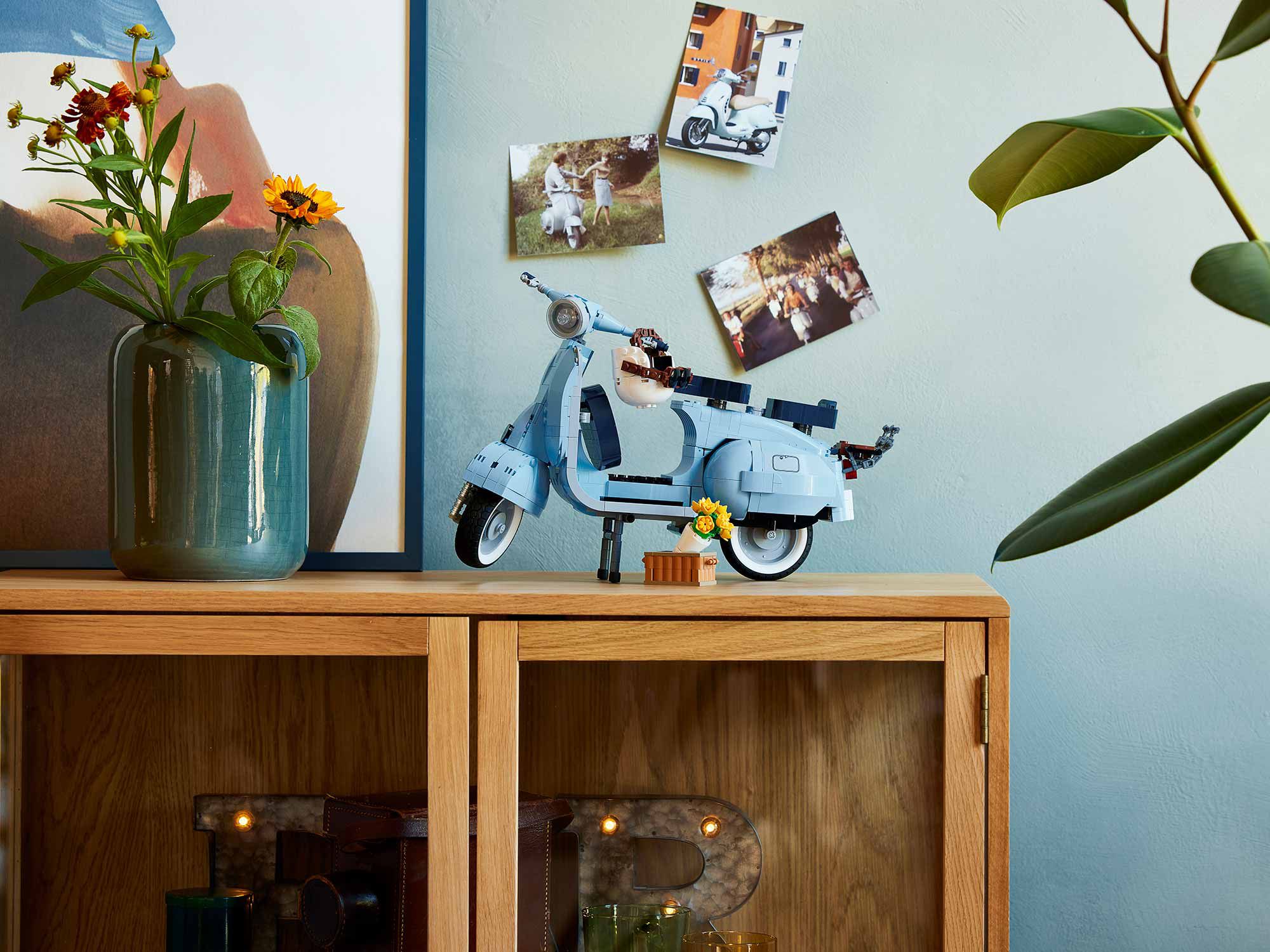 The Vespa scooter is adorably depicted in block form. (Lego/)

Lego has also blockified the Vespa scooter and it’s adorable. Taking design cues from the 1960s, this model features the pastel blue paint color which was one of the first colors the actual scooter came in. There’s even a 1960s Italian license plate to complete the vintage vibe. 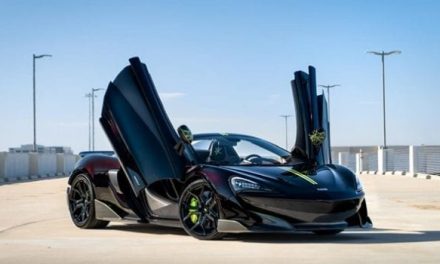 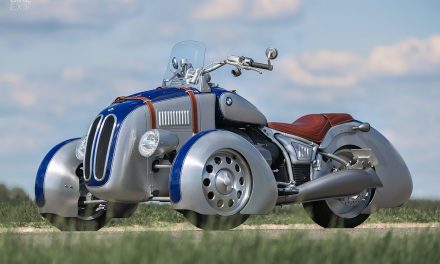