Some highlights of the collection include a 1960 Chevrolet Corvette Custom Roadster (Lot #760) and a 1963 Chevrolet Corvette Split-Window (Lot #760.1). The Resto-Mod 1960 Corvette was rotisserie built from the ground up and is finished in Roman Red with Tuxedo Black coves. Under the power electric hood lies an LS3 6.2-liter V8 crate engine producing 430hp backed by a TREMEC 5-speed TKO manual transmission and a high-performance Street Shop limited-slip differential. The 1963 Split-Window is powered by a matching-numbers 327/300hp V8 engine mated to a 4-speed manual transmission and is finished in factory code 900 Tuxedo Black over a red interior.

“Barrett-Jackson has a long history of selling collections and we’re proud to feature the SoCal Collection at our Las Vegas Auction this year,” said Craig Jackson, chairman and CEO of Barrett-Jackson. “This offering is incredibly diverse. With Resto-Mods, American classics from the fifties, sixties and seventies, as well as European collectibles such as the two Mercedes-Benz 190SL roadsters all selling with No Reserve, this offering features some wonderful cars fit for any collection.”

Lot #685 is a matching-numbers 1959 Mercedes-Benz 190SL roadster that underwent a professional restoration. The original 1897cc engine was rebuilt and retains the correct dual Solex carburetors mated to its original 4-speed transmission. The restored interior features black leather seats, a white steering wheel, a factory radio and a clock. A second Mercedes-Benz 190SL crossing the block with No Reserve is a 1961 model (Lot #775.1) finished in Ivory paint with a Dark Cacao Mohair soft-top. It too is powered by its rebuilt original, matching-numbers 1.9-liter 4-cylinder engine and includes upgraded Mikuni twin-choke carburetors and factory 4-speed manual transmission.

The blue oval is also well represented in the SoCal Collection with several Ford collectibles including a custom 1969 Ford Mustang fastback (Lot #761) and a 1971 Ford Bronco custom SUV (Lot #683). Finished in Tangerine Orange and Silver, this Resto-Mod Mustang is powered by a 5.0-liter Coyote engine producing 435hp backed by an automatic transmission. The interior is loaded with modern technology including a push button start, backup camera in the rearview mirror, power windows, Vintage Air and a multi-speaker Alpine sound system. The custom 1971 Bronco received a frame-off nut-and-bolt restoration that was completed in December 2021. It is powered by a rebuilt 302ci V8 engine mated to a NV3550 5-speed manual transmission. This SUV rides on a 2.5-inch lift and features new white interior, a family roll bar and all new glass.

“The diversity within the SoCal Collection is incredible and the collection truly has something for everyone,” said Steve Davis, president of Barrett-Jackson. “A vast, diverse offering all selling with No Reserve – that’s what the SoCal Collection represents and that’s what our Barrett-Jackson dockets are all about. I look forward to seeing the competition amongst our bidders when these collector vehicles cross the block in Las Vegas.”

Collector car enthusiasts interested in registering to bid on vehicles from the SoCal Collection, as well as the entire docket for Barrett-Jackson’s 2022 Las Vegas Auction, may do so here.

PRO SLEEK: Professional Grade Excitement Was Engineered Into This Pro-Touring Corvette From The Beginning 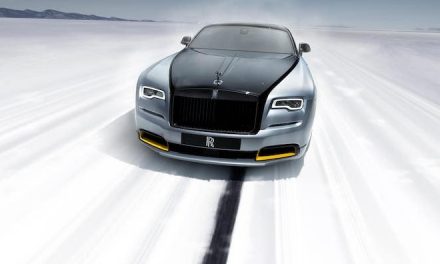