Wildly popular from inception, the NASCAR stock-car circuit continues to host some of the fiercest racing anywhere in the world, pitting automobile manufacturers against one another in one of the ultimate applications of the “Win on Sunday, Sell on Monday” spirit. Special factory-available racing parts, larger-than-life personalities, and increasingly wild factory-built cars have always been essential to NASCAR’s appeal, most importantly fueling the hearts and minds of millions of fans flocking to dealer showrooms. Several peaks were reached during the 1950s and early 1960s, with America’s auto industry giants briefly pulling back from racing collectively in 1957, followed in 1963 by GM’s self-imposed racing ban.

Despite the various manufacturers’ official positions on factory-backed competition and the obvious risks associated with unleashing thinly disguised racing cars on America’s roads, the late 1960s saw increasing racing speeds. Engine development peaked with Chevrolet, Chrysler, Ford, and Pontiac all busy developing NASCAR-ready hardware for loyal racing teams. While Chevrolet and Ford were unable to qualify their new radical, low-production engines for NASCAR use, Chrysler’s mighty 426 cubic-inch HEMI engine first hit the track in 1964 and soon reached its development zenith by 1967/68, forcing engineers to realize that raw horsepower was no longer sufficient to win. Plymouth stalwart Richard Petty may have won 27 of 49 races during the 1968 NASCAR campaign in his HEMI-powered Plymouth Satellite, but arch-rival Ford enticed him to switch camps to a sleeker, purpose-built Torino Talladega for 1969.

Chrysler’s only hope of beating Ford on the new and extremely fast NASCAR superspeedways was to drastically reduce aerodynamic drag to unlock higher speeds. While the more specialized Dodge Charger 500 was a definite improvement, even more drastic measures were soon required for the NASCAR arms race against Ford. Using the latest wind-tunnel test data at Lockheed, Chrysler engineers devised a more radical solution in 1969 – the Charger Daytona. Featuring a bullet-style extended steel nose cone, chin spoiler, pop-up headlamps, and an outrageously tall but effective rear wing atop aircraft-style stabilizers, the Daytona sliced through the air and rewrote racing history as the first NASCAR competitor to break the 200-mph barrier. Just enough – 503 in all – were produced in time to qualify the wild Mopar for NASCAR. Debuted late in ’69 at the formidable new Talladega superspeedway, the Daytona scored its first win there with driver Richard Brickhouse.

Development of a Plymouth counterpart to the Daytona kicked off in June 1969 but temporarily halted that August before NASCAR announced a new 1,000-car production requirement or a number equal to half a company’s dealers, whichever was highest, giving the Superbird a new lease on life. Unknown to many enthusiasts, the Road Runner-based Superbird was quite different from the charger-based Daytona with no interchangeable body parts other than the hood and modified front fenders from the B-body Dodge Coronet. A textured vinyl roof covering hid the revised rear-window plug seams and the Superbird’s rear wing was even taller with the stabilizers/supports raked further back than those of the Daytona. Nearly four times more Superbirds were built than Daytonas, with Superbird production reaching 1,935 cars – all constructed between October 23 and about December 15, 1969. Encouraged by the Superbird’s speed potential, Richard Petty returned to the Plymouth fold for 1970. While he did not win the 1970 NASCAR Grand National championship, he did score eight of Plymouth’s 21 victories in 1970. Given their hefty pricing, specialized nature and wild looks, the Superbird was a slow seller, with many of these outlandish, extremely specialized cars often taking several years to finally leave dealer lots. Today, those very characteristics make the rare Superbird one of the most iconic and collectible American high-performance cars ever built.

Offered from the Lindley Collection of impeccable muscle cars, this Superbird is car #1723 of Plymouth’s infamous 1970 NASCAR wing car homologation program. One of just 135 Superbirds that left the factory with 426 HEMI power, this Superbird is rarer still as one of 77 built with Chrysler’s virtually bulletproof A727 TorqueFlite automatic transmission. Retaining its matching-numbers engine, the Superbird is restored, refinished, and remains true to its specially-ordered, High Impact Code EV2 Tor-Red factory paint color as stated on the Trim Tag and Broadcast Sheet. The mighty HEMI’s 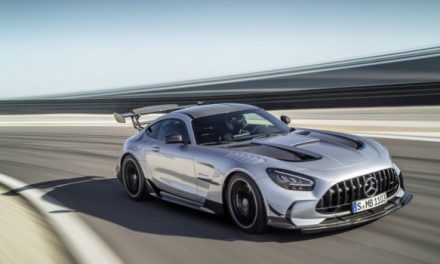