There’s sure to be fireworks aplenty when the bidding heats up on the Barrett-Jackson block during the 2022 Las Vegas Auction, June 30 through July 2 in the West Hall of the Las Vegas Convention Center. And what better way to wrap up the excitement than by extending your stay and celebrating Independence Day in the Entertainment Capital of the World?

When it comes to lights in the sky, Las Vegas has the market cornered year-round with its famous neon lights. But on the 4th of July, the city adds even more nighttime brilliance when it pulls out all the stops, offering several spectacular fireworks displays, poolside parties and family fun as a salute to America’s independence.

On the Las Vegas Strip, a massive, synchronized fireworks show involving multiple hotels will kick off the party of the summer. Caesars Palace, The Aria, Planet Hollywood, Treasure Island, The Venetian, The STRAT and Resorts World will all take part in the fireworks spectacular. (Take advantage of special advance room rates at Resorts World for Barrett-Jackson’s guests by visiting Barrett-Jackson.com, then click “hotels.”)

Downtown Las Vegas will also be celebrating big. The Plaza Hotel will be offering its annual display at 7:30 p.m. with Main Street shutting down for pedestrians to use. The fireworks will be staged from several locations within the complex for an unforgettable spectacle that will be visible for miles.

A bit further afield, more huge fireworks displays will be held at Red Rock Resort in Summerlin and Green Valley Ranch Resort in Henderson. Also in Henderson, Lake Las Vegas will once again present their annual Independence Day bash with plenty of family fun and fireworks.

Want to make a big splash? Consider combining poolside fun with fireworks viewing! Some of the hottest party spots on the Strip are the Dayclubs offering spectacular pools, adult libations and plenty of VIP pampering. Check out the Wet Republic Ultra Pool at MGM Grand, Liquid Pool Lounge at the Aria, Marquee Club at the Cosmopolitan or the Encore Beach Club at the Encore/Wynn for some sizzling July 4th celebrations.

Because nothing’s more patriotic than a parade, consider visiting nearby Summerlin the morning of July 4. After a two-year hiatus, the town’s Patriotic Parade is returning in star-spangled style, complete with dazzling floats, larger-than-life balloons (including a 30-foot football-shaped entry from the Las Vegas Raiders), dynamic performances and, of course, tributes to our U.S. military heroes.

Foodies, take note: If July 4th just isn’t the same to you without a little down-home barbecue, be sure to plan a meal at one of the great BBQ joints in Vegas, like Rollin Barbecue and Tavern (with several locations throughout the city), Project BBQ (the Fremont Street Experiences’ only permanent food truck), Virgil’s Real BBQ in The LINQ Promenade or Gilley’s BBQ at Treasure Island.

If you’re looking for something completely different, consider getting a bird’s-eye view of the magic in Las Vegas on the 4th of July by booking a helicopter tour and watch the entire city light up with fireworks below you!

With collector cars as the stars this Independence Day weekend, make July 4th an unforgettable celebration with Barrett-Jackson!

By: Barrett-Jackson
Title: LIGHTING UP LAS VEGAS: Come for the Cars, Stay for the Fireworks!
Sourced From: www.barrett-jackson.com/Media/Home/Reader/lighting-up-las-vegas-come-for-the-cars-stay-for-the-fireworks/
Published Date: Fri, 03 Jun 2022 17:00:43 +0000 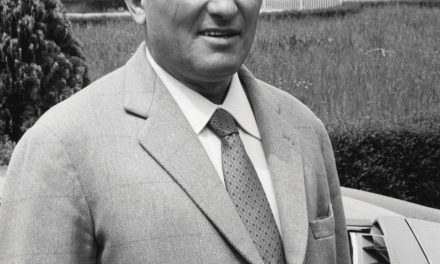 BOWTIE BEAUTIES: Gallery of the Top 10 Chevrolets at the 2021 Barrett-Jackson Las Vegas Auction 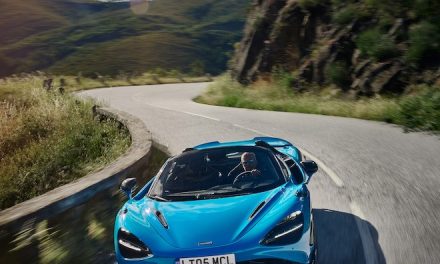