We often hear about different trends making their way into American car culture from Japan, like the overwhelming popularity of Wataru Kato’s Liberty Walk kits and the influence of Porsche tuner RAUH-Welt BEGRIFF. Japan gave birth to drifting and the increasingly popular Kansai style of super-aggressive driving and wild styling. We can attribute the VIP luxury scene within tuner car culture to Japan and the advent of shakotan (lowered car), massive camber, takeyari (over-size exhaust), and perhaps, one of the lesser-known trends but a unique bunch: bosozoku cars.

Yet it’s not all that often you hear about one of America’s car culture trends making its way into the heart of Japan’s car culture. Junichi Shimodaira is regarded as a founding father of Japan’s lowrider scene.

He grew up reading American car magazines and watching movies like Cheech and Chong, and American Graffiti. After a trip to Los Angeles, Shimodaira was inspired by what he saw and opened his shop in Nagoya, Japan. Named Paradise Road, Shimodaira’s shop became an international sensation in 2002 after the Yokohama Hot Rod Custom Show, where he presented the 1930 Ford Model A Tudor Sedan that has come to be known as “Rod-Riguez.”

Blending hot rod, custom and lowrider styling cues, “Rod Riguez” has become the definition of a Japanese rod and custom. The build also played a significant role in helping propel the Japanese Kustom car scene in the early 2000s.

The car took home several awards, including the Best Street Rod and Best Body Work. Shortly after the show, Shimodaira tore down the car for more modifications, further lowering the body, adding fenders, and other aesthetic changes, including new paint.

For the original creation of this custom, Shimodaira borrowed a lot of styling cues from his idols: kustom kar icons Ed “Big Daddy” Roth and George Barris.

Shimodaira started with a steel frame Z’d 6-inches in the rear, 4-inches up front, and boxed the frame for additional strength. The all-steel body received a four-inch wedge chop and channeled to sit even lower for the second iteration of the build.

The firewall and engine cowl were massively reworked to fit the lowered stance and the massive 1949 Oldsmobile Rocket 303ci V8 engine with 4-speed Hydramatic transmission.

Using 1959 Cadillac front bumper ends as a base, Shimodaira added round tubing and sheet metal to create a new nose for the car – complete with canted quad headlights. A new insert filled the grille opening with square tubing adorning a gold R in the center.

For the second iteration of the build, Shimodaira wanted to run fenders without adding running boards. He crafted the wildly sculpted fenders seen on the car today. The front fender mounts were made from reinforced steel in a spider-web design and chromed before being installed on the vehicle.

At the rear, inverted 1958 Chevrolet parking-light bezels were frenched into sculpted pods to serve as taillights.

When it came to the suspension, a TCI Engineering dropped axle kit with GM disc brakes in the front and a Chevy 10-bolt rear end with tube shocks, and TCI Engineering springs in the rear were installed.

Inside, the dash and gauge panel were primarily left stock, but Shimodaira made new seats from scratch and mounted to the floor, featuring 60’s Tijuana-style cloth. The interior also features a cut-down early 1960s Ford steering wheel.

Covered by numerous magazines, including Hot Rod, “Rod-Riguez” has appeared in the TV show “My Rides Rules” and on the big screen in “Licorice Pizza.” The trophy and award collection massed by this car is included with the sale. 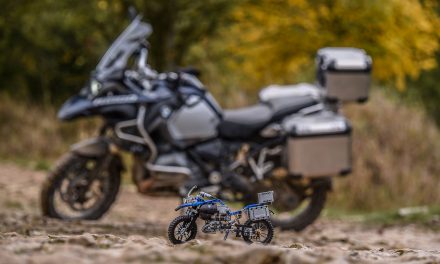