A 2020 Ford GT Carbon Series made waves and ignited an enthusiastic crowd when the gavel fell on the $1,540,000 sale, which made for a great Super Saturday at the 2022 Barrett-Jackson Palm Beach Auction!

A 2018 Ford GT ’67 Heritage Edition from John Staluppi’s Cars of Dreams collection earned the second-highest sale of the event with $1,430,000.

“This is the most successful Palm Beach Auction to date” said Craig Jackson, chairman and CEO of Barrett-Jackson. “It was an incredible event in all aspects, and we couldn’t be happier about our return to Florida.”

The last of the more than 600 No Reserve collector vehicles from the three-day sale made their way across the stage today, including vehicles from a trio of world-class collections: John Staluppi’s Cars of Dreams, the George Shinn Collection and the American Muscle Car Museum Collection (AMCM).

In addition to the Ford GT, top sellers from the Cars of Dreams included the 1958 Cadillac Eldorado Biarritz custom convertible for $258,500 and the 1957 Desoto Adventurer for $242,000.

The audience in the auction arena fueled the excitement on several occasions with rousing standing ovations, the first of which was when a 1967 Chevrolet Chevy II Nova SS custom coupe rumbled onto the block – and then sold for $297,000.

The morning’s Automobilia Auction saw some impressive sales, most notably, John Staluppi’s Cars of Dreams large and elaborate model train set that was sold by Private Treaty for $97,900. On the block, a spectacular “Transformers” Bumblebee statue from the collection sold for $32,200.

The gates opened today with a visit from the Ford Initiative, which brought 40 young people, ages 16-26, from local high schools and technical schools to the Palm Beach Auction for some hot laps on the Barrett-Jackson Performance Track. Afterwards, they toured the auction site to inspire them to join the automotive industry and collector car community.

Making a special appearance was big screen legend Sylvester Stallone and UFC Hall of Famer Rich “Ace” Franklin, who was on the block to see his 1967 custom Camaro sell for $214,500.

Barrett-Jackson is very grateful for the tremendous enthusiasm received from our fantastic bidders, consignors, sponsors and exhibitors, as well as fans from all across the country — and especially the South Florida community. We look forward to seeing everyone at our Las Vegas Auction in the Convention Center West Hall this June.

Enjoy the gallery below with highlights of the 2022 Palm Beach Auction featuring special moments from today’s Super Saturday.

This model train set from John Staluppi’s Cars of Dreams collection sold by Private Treaty for $97,000.

The Barrett-Jackson Palm Beach Auction site was full of energy on Super Saturday as guests and bidders checked out the cars and enjoyed the auction experience.

The Ford Initiative brought local students the Palm Beach Auction for some hot laps and to tour the auction site. 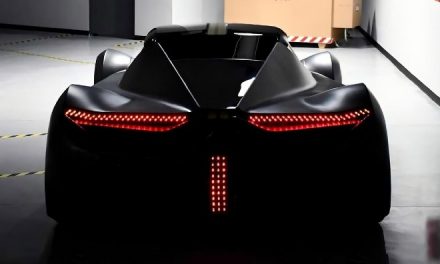