One of America’s most successful racing drivers from 1957 through 1981, Canonsburg, PA-based Chevy dealer Don Yenko was one of the truest proponents of the “win on Sunday, sell on Monday” mantra during his storied career. With the Camaro’s debut in late 1966 as an eventual and more-conventional replacement for the rear-engine Corvair, Yenko immediately realized the future was with Chevrolet’s new competitor to Ford’s Mustang.

Initially named “Stomper” but soon known as the Super Camaro, Yenko’s wild 427-powered cars were rated 450 horsepower with 4-speed transmissions and 410 ponies with an automatic. The first were based on factory-original 350ci cars with much hand-labor required to complete the conversions; however, once the RPO L78 396/375hp option was available, only the short-block required swapping for a 427ci equivalent. Much more than a simple engine upgrade, Yenko’s beasts also included significant modifications to the cars, such as suspension and driveline upgrades, NHRA-legal scattershields, exhaust headers, added instruments (including tachometers), higher-grade spark plug wires, a fiberglass hood with a Corvette “Stinger” style treatment, hood pins and “427” badges.

Warren Dernoshek, one of Yenko’s mechanics, remains active in the Yenko niche and, as he related in a June 2010 Muscle Car Review magazine article, extensive handwork was required to complete the Yenko Super Camaros, noting the lack of lifts, hoists or air tools onsite at the time. Since the emphasis was obviously on refining the conversion process for speedier response to growing dealer orders once word got out, production numbers for these first-year Yenko Super Camaros understandably differ a bit among marque experts. Dernoshek was quoted at 53 cars – 22 of which were converted by Harrell at his St. Louis, Missouri, operation, while other experts cite from as few as 54 to as many as 75 such cars produced. Suffice it to say these formidable performers are exceedingly rare and sought-after by many of today’s top collectors.

Bearing Yenko serial number YS-725, this 1967 Yenko Super Camaro 427/450 – denoting 427 cubes and 450 horsepower – is documented by Camaro expert Jerry MacNeish as one of 1,138 that left the factory with an RPO L78 396/375hp V8. Following shipment to Yenko Chevrolet, it was upgraded to full Super Camaro 427/450 standard for $677.27, with a copy of a handwritten Yenko invoice on file and available for inspection listing all the many upgrades, with the car completed on July 18, 1967. YS-725 was one of five shipped on July 27, 1967, to Jay Kline Chevrolet in Minneapolis and, according to a letter on file from the original owner, he eventually sold it in November 1990 at 17,121 stated miles, with the car verified by Yenko expert Vince Emme as one of the 54 original 1967 Yenko Super Camaros in his records.

Continuing to benefit handsomely from an older restoration, subsequent owner/collectors include Gary Holub and Irwin Kroiz. Listed in the Yenko Supercar Registry, YS-725 is verified by MacNeish to retain the original VIN plate and hidden VIN cowl stamping. In addition to excellent documentation on file, this Super Camaro was inspected by Warren Dernoshek and affirmed authentic by him. An exceedingly rare and true part of Yenko history, it stands tall as pure American supercar royalty. 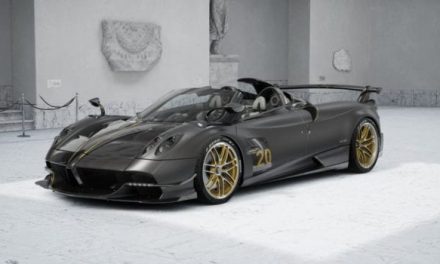 STAY AT RESORTS WORLD – ADJACENT TO THE LAS VEGAS AUCTION: The Coolest Ways to Navigate the Hottest Place In Town