The Ultimate Best in Show winner in the 2021 Barrett-Jackson Cup Competition: a 1970 Dodge Challenger named “Havoc.”

First introduced in 2013, the Barrett-Jackson Cup presented by eBay Motors has a storied history and an important legacy in the world of custom cars. “Barrett-Jackson helped pioneer Resto-Mod culture” said Craig Jackson, chairman and CEO of Barrett-Jackson. “As technology has progressed, so has the quality and workmanship of these beautiful custom vehicles. I can’t wait to see the amazing entries in this year’s competition.”

Limited to just 50 entries, the cars will be on display during Family Day on Saturday, January 22 and will parade across the auction block giving auction-goers the chance to both see — and hear — the 50 hand selected competitors. Judging the competition will be renowned builders Bobby Alloway and Troy Trepanier who have the challenging task of selecting the five finalists and ultimately, the winner of “Ultimate Best in Show.” Spectators and car enthusiasts will have the opportunity to voice their favorite from the Top Five via the “People’s Choice Award,” voted on by Barrett-Jackson fans nationwide via social media. The “Ultimate Best in Show” winner, and winner of the “People’s Choice Award,” will be announced from the auction block during the live stream and television broadcast of Barrett-Jackson’s Super Saturday, January 29.

For this competition, there is no rule against asking, “what if?” All the visionary custom cars that will compete for the Barrett-Jackson Cup once began as a blank canvas, ready for designer and builder to come together and execute their shared vision. “These cars are incredibly labor-intensive. Thousands of hours go into creating these works of art. The fit, the finish, the amount of work that goes into them, and it’s just magic. You might see an inch taken out here or an inch added there, and at first glance you can’t identify what exactly has been done to it,” said Barrett-Jackson President Steve Davis.

The Cup continues to be the perfect opportunity to celebrate the cars and highlight the incredible talent of those involved in the collector car hobby. Since its inception, the goal of the Barrett-Jackson Cup has been to share the passion and artistry involved in the world of collector vehicles as well as bring in new people to the hobby to celebrate all things automotive.

“We couldn’t be prouder to continue the legacy of the Barrett-Jackson Cup,” Davis said. “The cup is a celebration of the remarkable craftsmanship and its evolution in the collector car hobby over recent years and into the future.”

ROCKET SCIENCE: This 800hp Camaro Has Been Clocked At 200 mph 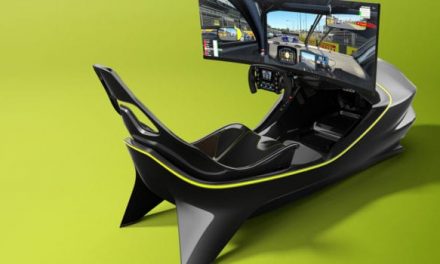