ALL ABOARD! A 50 Facts & Favorite Memories Feature

It’s an excitement everyone shares: the ground begins to rumble, the air split by a piercing horn and the still of the day interrupted by an approaching commotion as thousands of tons of steel roll past. The whole ordeal is nothing short of an experience, a mechanized wonder that stretches end to end toward the horizon. The train has been a beloved entity for generations. Whether it’s the full-scale versions crisscrossing the continents, or the various models and wooden toy versions tucked underneath the Christmas tree at some point, nearly everyone has been a railfan at some point in their lives.

Train memorabilia has long been a part of the Barrett-Jackson experience. From pedal trains and museum pieces to fully functioning scale models, an incredible variety has fallen under the gavel and sold at Barrett-Jackson as part of the Automobilia Auctions that occur each morning during every event, prior to the collector car auctions. As the company celebrates its 50th anniversary, we thought it only right to highlight some of the incredible sales that make Barrett-Jackson so diverse and contribute to its title of The World’s Greatest Collector Car Auctions.

Selling for an incredible $165,000 at the 2008 Barrett-Jackson Las Vegas Auction was a handcrafted fully functional scale model of a 1960 Union Pacific 484 Baldwin Engine plus four Pullman cars. The 1-1/2-scale train was handcrafted in the 1960s and took a total of five years to complete. The engine and tender together weigh 2,450 pounds, and the passenger cars weigh 400 pounds each. All told, the train can accommodate 36 passengers, and it has a fully functional, coal-burning steam engine, all handcrafted from scratch by Daniel Boone VI – a direct descendant of the legendary pioneer and American folk hero Daniel Boone. Another of Boone’s works would cross the block at the 2009 Barrett-Jackson Palm Beach Auction. Selling for $79,200, the 1937 Hudson 464 Locomotive was hand-built by Boone in the early 1930s and also featured a coal-burning steam engine.

No matter the scale, incredible creations like this can only be found at Barrett-Jackson. And while we haven’t sold a full-size locomotive just yet, anything can happen at The World’s Greatest Collector Car Auctions. 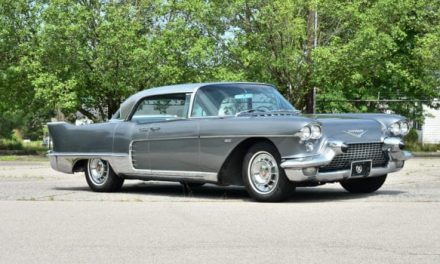 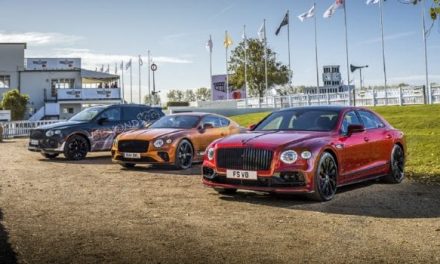