Bob sitting behind the wheel at a Barrett-Jackson Christmas party.

It was with great sadness that Barrett-Jackson learned of the passing of Bob Bondurant on Friday, November 12, 2021.

Born in Evanston, Illinois, in 1933, Bob Bondurant was entranced by the lure of a racetrack at an early age, and by the time he was 18, he was racing – and winning with – practically anything on wheels. His life on the track began by speeding an Indian motorcycle around dirt ovals, but by 1959 he had moved on to sports cars, capturing the West Coast “B” Production Championship and the Corvette Driver of the Year Award.

Bob’s illustrious racing career included stints with Carroll Shelby’s Ford Cobra team, Ferrari’s Formula One team, and Dan Gurney’s “All American Racers” F1 team in the U.S. and Mexico. In 1966, he served as driving consultant on the epic racing film “Grand Prix,” starring James Garner. A year later, tragedy struck when the steering arm on the McLaren Bob was driving at Watkins Glen broke, causing the car to flip eight times – resulting in injuries so serious that doctors told him he would likely never walk again.Never one to be kept down, Bob beat those odds and put into motion an idea he had in the back of his mind for some time: a high-performance driving school. After a short period teaching at Carroll Shelby’s driving school in Riverside, California, he opened the Bob Bondurant School of High Performance Driving in Orange County in early 1968, with two of his first students being none other than Paul Newman and Robert Wagner, who were training for the film “Winning.” The Bondurant School eventually moving to a purpose-built facility in Phoenix, Arizona, in 1990.

Bob behind the wheel at Barrett-Jackson. 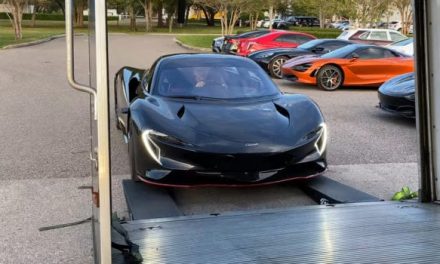