These 2019 (left) and 2017 Ford GT Heritage Editions are heading to the 2022 Scottsdale Auction with No Reserve.

As the clock struck 4 p.m. on June 18, 1966, in the small French village known the world over for racing, Henry Ford II dropped the flag, marking the start of the 34th 24 Hours of Le Mans. The drivers sprinted across the track, fired up their cars and took to the circuit ready to begin a duel between two of racing’s most revered names. It proved to be a memorable day.

The culmination of one of motorsport’s most famous rivalries had begun.

The bout began with a business deal turned sour – and some rather choice words from Enzo Ferrari. Incensed by this, Henry Ford II (“The Deuce”) took the Ford Motor Company to war. Their goal: beat Ferrari at their own game, on their own turf. It was the ultimate contest, a moonshot and matter of pride for the Blue Oval. The result was the GT40, a proper no-frills thoroughbred graceful in its singular purpose: To win.

And win it did – just not right away. At its first three competivive outings the GT40 suffered. Plagued by teething issues, the cars entered failed to finish a single race. The racing program was then moved across the Atlantic from England to Michigan and on to California, where a well-known Texan, Carroll Shelby, decidedly gave the GT40 program a shot in the arm. Success began to mount and, in 1965, the GT40 took its maiden victory at Daytona. But the rest of the year, including Le Mans, was a disaster, with none of the five GT40s entered able to finish.

Clearly more work needed to be done. But by 1966 the bugs had been ironed out: The GT40 returned to Daytona and swept the top three spots. Then came the sensational win at Le Mans. With the Ford family in attendance, Ford’s campaign to vanquish Ferrari came to fruition.

When the checkered flag fell on June 19, 1966, all three GT40s under the Shelby American banner crossed the finish in formation, with the car piloted by Chris Amon and Bruce McLaren (yes, that McLaren) taking the victory. For 24 hours the pair of New Zealanders masterfully piloted their GT40, lapping the circuit De La Sarthe 360 times and covering a distance of 3,009.3 miles and marking the first victory of Ford’s sportscar dynasty and four consecutive victories at Le Mans.

Five decades later, Ford Motor Company returned to the famed French endurance race in 2016 with the all-new GT. “Celebrating the anniversary of Ford’s historic victories at Le Mans has always been a part of the return of the Ford GT,” said Raj Nair, Ford’s executive vice president, product development, and chief technical officer at the time. The GT was engineered concurrently as a racer fixated on winning again at Le Mans and a road car ready to tame any circuit. Ford went to great lengths to craft a descendant that honors their winning heritage. Now you can take home a piece of that heritage, too.

Barrett-Jackson is excited to once again bring cutting-edge performance and legacy to the forefront of the 2022 Scottsdale Auction. Offered with No Reserve are two Heritage Edition Ford GTs from 2017 and 2019.

“The 2017 Ford GT ’66 Heritage Edition is a stunning tribute to the car that kicked off Ford’s string of Le Mans victories in 1966.” Nair said. This example of a ’66 Heritage Edition wears Shadow Black paint with silver stripes and Frozen White No. 2 graphics on the hood and doors, just like the Le Mans-winner. Other touches reminiscent of the 1966 GT40 are seat belts with unique Ford Performance Blue webbing, as well as 20-inch one-piece forged aluminum wheels in a gold satin clear coat with black lug nuts – echoing those on the original racer. The GT also features the exposed carbon-fiber package to complement the exterior. The carbon-fiber seats are wrapped in Ebony leather, as is the steering wheel.

The 2019 Heritage Editions celebrate the final overall victories at Le Mans by Ford. Wearing what many view as the most famous livery in motorsports, the ’19 Heritage Edition is dressed in the orange and pale blue of Gulf Oil in a nod to the Ford GT40 (Chassis #1075) that won the race in 1968 and 1969, making it the only postwar car to win the race twice in a row. This limited-edition Ford GT offered in Scottsdale is an homage to the 50th anniversary of Chassis #1075’s first win. The exterior features exposed carbon-fiber accents, as does the interior. The Number 9 graphics are prominently displayed on the hood and doors, as well as a ghosted image on the interior door panels. The car rides on 20-inch one-piece forged aluminum wheels with orange brake calipers and silver rearview mirror caps to complete the look. 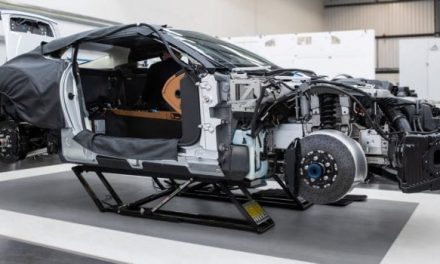 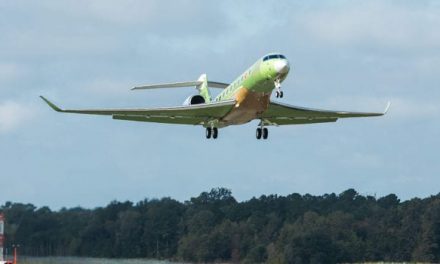