GRAMMY-award-winning Zac Brown Band at a surprise performance during the Opening Night Gala for the 2016 Scottsdale Auction.

With over 50 years of collector car auction history, there is no shortage of amazing stories to share. In fact, the team at Barrett-Jackson likes to say, “a new story breaks on the auction block every three minutes.” But not every amazing story is about a collector car crossing the auction block and filling the room with palpable excitement. As Barrett-Jackson has evolved over the last half century into the world’s greatest automotive lifestyle event that it is, many memorable moments are made off the block, and the Opening Night Gala’s surprise concert during Barrett-Jackson’s 45th Anniversary celebration in 2016 was one for the books.

Craig Jackson with members of the Zac Brown Band during the 2016 Scottsdale Auction.

Unsuspecting VIPs, bidders, consignors and guests enjoying their evening at WestWorld of Scottsdale were treated to a surprise performance by the GRAMMY-award-winning Zac Brown Band. Barrett-Jackson kept the entertainment for the annual gala under a veil of secrecy throughout months of planning. The band, which had recently wrapped up their largest North American stadium tour to date, was greeted by a surprised and elated audience on that Monday night when they took center stage to rock the room.

The highly anticipated event was sponsored by Acura and celebrated the millions of dollars raised for charity over the years by the car collecting community. The gala kicked off Barrett-Jackson’s flagship auction week, where over 1,500 vehicles would cross the block at WestWorld of Scottsdale, one of which was very important to the band’s lead singer as it would sell to benefit two amazing charities close to his heart.

One of the most anticipated supercars at the time, the 2017 Acura NSX VIN 001, crossed the block the Friday following the gala and sold for $1.2 million, with 100 percent of the hammer price benefiting the Pediatric Brain Tumor Foundation and Camp Southern Ground. Camp Southern Ground is the passion project of the band’s lead singer Zac Brown and was founded in Brown’s home state of Georgia. Stretching over 400 acres in Fayetteville, Georgia, the camp has two primary initiatives. During summer months, it hosts children with developmental disabilities, underserved children and kids from military families for week-long, inclusive residential camps. The remainder of the year, Camp Southern Ground is dedicated to supporting post-9/11 veterans at no cost with multiple programs designed to assist with workforce and wellness transitioning, as well as assisting those suffering from PTSD and combat stress.

The surprise concert and the momentous sale of the 2017 Acura NSX VIN 001 are cherished moments in Barrett-Jackson’s history, and the company is honored to have provided the platform to benefit such a great cause. Helping worthy causes is a cornerstone of the auction company’s ethos, with Barrett-Jackson helping raise over $135 million to date for countless deserving charities. 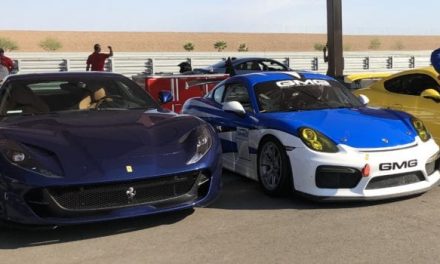