The legendary Carroll Shelby with one of his Cobras.

How do you capture a legend? Or lightning in a bottle? This is how: With Carroll Shelby’s ultimate proof of concept, a 1966 Shelby Cobra packing an 800hp twin-supercharged 427ci V8. This, as Carroll Shelby himself put it, is “the Cobra to end all Cobras,” the 427 Super Snake, a snarling fire-breather capable of terrifying even the most seasoned racers. It’s no wonder the legend himself chose this as his personal car. Legends don’t get much bigger than this.

Carroll Shelby himself was on the block when his Super Snake first sold at the 2007 Scottsdale Auction for a record-setting $5.5 million.

Probably the most-asked question of any Barrett-Jackson team member is, “What is the most valuable car you’ve ever sold?” Here’s your answer. Of all the extraordinary collector cars that have crossed our block, this one – to date – holds the top spot, setting a world auction record at the time of its first sale. It’s also among the most famous: It carries the honor of being the most-search-for car on the Barrett-Jackson website.

Known as CSX3015 – the car’s VIN – the Cobra first crossed the block at the 2007 Scottsdale Auction. The Super Snake created a frenzy, with millions tuning in to watch the excitement unfold on live television and thousands in the auction arena holding their breath as the bidding climbed into the millions. It was like nothing ever witnessed before.

Carroll Shelby takes a last look at his Cobra before it drove up onto the block in 2007.

In attendance was the man himself, Carroll Shelby. Dressed in all black, Shelby stood atop the auctioneer’s podium next to Barrett-Jackson Chairman and CEO Craig Jackson and President Steve Davis. In his characteristic gravelly drawl, he announced matter-of-factly to the crowd: “It’s one-of-a-kind; this is the only one like it. I got stopped doing 190 miles an hour in Nevada in it. And I did kill a buzzard with it one time. Nasty, nasty.”

“Carroll Shelby’s personal Cobra – it doesn’t get any rarer than that,” added Craig Jackson. With that said, bidding took off at a breakneck pace, with the Cobra soaring to an utterly astounding $5.5 million final sale price. Eight years later, the legendary Super Snake would change hands again at the 2015 Barrett-Jackson Scottsdale Auction, playing a starring role as the crown jewel of the Ron Pratte Collection. A final price of $5.115 million took the mythical snake home this time around.

FYI’s Steve Magnante describes the famous Super Snake to the TV audience as those in the arena look on during the car’s March 2021 sale in Scottsdale.

Always the headline news of the auction, as well as being a record-setter Super Snake CSX 3015 changed hands at Barrett-Jackson once again – this time, at the March 2021 Scottsdale Auction as the centerpiece of an astonishing private collection. From the moment the brilliant blue roadster roared onto the auction block, the arena erupted in cheers as the bidding escalated, until the gavel fell and “The Cobra to End All Cobras” raced off with a final sale price of $5.5 million.

Carroll Shelby claimed his 800 horsepower Super Snake would run from 0-60 in 3.2 seconds – a remarkable feat barely matched by the technology-laden supercars of today, and even more remarkable when considering the car’s age spans more than half a century.

The Super Snake is so much more than just another Cobra. It is the Cobra, Shelby’s ultimate performer; one that adds to the legend of Carroll Shelby and to the magic that is the Barrett-Jackson experience.

AN AUCTION FIT FOR A PRESIDENT: A 50 Facts & Favorite Memories Feature

THE MIGHTY LS6: This Chevelle Showcases The Muscle Car Era 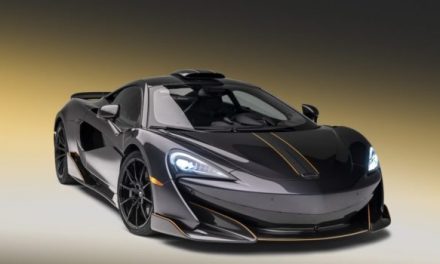