The GT moniker is one reserved for Porsche’s most sought-after “go-faster” models – cars reared in Stuttgart, engineered in Weissach and eager to further blur the line between road car and race car. Raw and authentic, GT cars represent the finest in the Porsche 911 catalog, and at the top of the ladder – or in this case the centerfold – resides the fabled 911 GT2. To borrow a bit of parlance from BMW, the GT2 is Porsche’s “ultimate driving machine,” a hardcore racer born purely out of competitive necessity.

In the 1990s Porsche wanted to campaign the 911 in the GT2 racing class and, to be eligible, Porsche was forced to offer a homologation special for the road based on their racing car. That car was the 993 generation 911 GT2, a car that would spawn a dynasty of laser-focused descendants – one of which is offered with No Reserve as Lot #723 at the inaugural 2021 Barrett-Jackson Houston Auction.

When the 996 generation 911 GT2 debuted, it was a point of much contention in the Porsche community. Many looked at the 996 GT2 with ire, reckoning it to be little more than a two-wheel-drive 996 Turbo. It wasn’t. After all, the 996 GT2 was the first production car to feature carbon-ceramic disc brakes as standard, and it more than lived up to its familial GT pedigree.

The GT2 was far more primal than its sibling 911 Turbo’s much tamer demeanor. There’s no all-wheel drive, no traction control and simply no other tech-laden doodads to dilute the visceral driving experience Porschephiles treasure so dearly. Make no mistake, this is a serious car for serious drivers.

When production ended in 2005, Porsche had built just 1,287 examples of the 996 generation 911 GT2. The car on offer, a 2003 model, is one of just three in the United States finished in Carrara White and one of only 10 produced worldwide. The stunning car rides on 18-inch Turbo-style wheels finished to match the exterior and house yellow-painted brake caliper denoting the carbon-ceramic braking power ready to be unleashed. The body ripples with sinuous muscle, as there are notable cosmetic differences from the rest of the 996 model range. The larger rear wing, front lip spoiler and deeper front bumper are purely recognizable as inheritors of Porsche Motorsport DNA.

The GT2 takes the Turbo’s 3.6-liter twin-turbocharged “Mezger” engine and ramps up the power thanks to a series of upgrades, including new larger turbochargers, forged connecting rods and a dry-sump oiling system. The result is an output of 476hp and 472 ft/lbs of torque sent through rear wheels via a 6-speed manual transmission, allowing for a sprint to 60 mph in 3.9 seconds and a top speed of 198 mph. Unnecessary luxury accoutrements – like back seats – are dispensed with, helping keep the weight low and deliver an experience purely focused on the drive. GT2 is the quintessence of power, lightness and acceleration in road-going form.

The 996 GT2 is a legendary automobile, a sharp and focused track day tool that, despite its hardcore nature, manages to be docile enough for day-to-day use. At the inaugural 2021 Barrett-Jackson Houston Auction, one lucky bidder will experience that legend firsthand.

For up-to-date information on this vehicle, click HERE. For a look at all the vehicles headed to the Inaugural Houston Auction, click HERE. 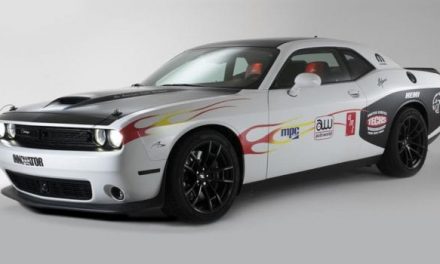