In the beginning, it was all about cats, much like most of the internet. In 2017, a project called CryptoKitties launched, where users would collect and trade a series of digital cartoonish felines. Essentially like a digital version of Pokémon cards, but part of the latest in the blockchain-based boom.

Cats are cute, but what is blockchain?

In its simplest explanation, blockchain technology is what serves as the basis for cryptocurrency – that thing your nerdy nephew won’t stop taking about. Think of it as a series of decentralized computers talking to each other and creating a shared digital ledger that no single computer can change.

Basically, a bunch of computers communicating with each other performing complex calculations in order to yield a secure and unchangeable document.

Blockchain: a giant digital public record that says that you own it. Think of it as a certificate of authenticity, but instead of a piece of paper, it’s a unique string of code.

Moving on, because the transaction history is a matter of public record, blockchain technology has sent ripples through the world of collectibles, essentially making it the perfect system for unique and digital identifiers that can be easily and securely exchanged. This led to the creation of non-fungible tokens, or NFTs. Essentially, NFTs are pieces of digital memorabilia, with the added benefit of being able to see its history with a few clicks. Imagine a Picasso painting or a 1952 Topps Mickey Mantle baseball card, but with a readily available transaction history that chronicles every sale, how much it sold for, when it sold and to whom.

Non-fungible, what does that mean?

Other than being a fun word (we dare you to say it three times quickly) non-fungible essentially means it is unique or without equivalent. An example, a $100 dollar bill has fungibility, meaning it can be exchanged for two $50 bills, five 20s or 100 singles. An NFT has zero fungibility; it represents a one-of-one thing like the Declaration of Independence or an original DaVinci sketch. And because NFTs are stored using the blockchain, they are 100 percent authentic.

Exactly how is this relevant to Barrett-Jackson?

A good question. In June at the 2021 Barrett-Jackson Las Vegas Auction, The World’s Greatest Collector Car Auctions set a historic precedent becoming the first collector car company in history to sell four NFTs during a live, in-person auction. The collection of four NFTs commemorated the sale of the 2021 Ford Mustang Mach 1 VIN 001, the 2021 Ram 1500 TRX Launch Edition VIN 001, the 2021 Ford Bronco 2-Door VIN 001 and the 2022 GMC Hummer EV Edition 1 VIN 001. In total, the sale of these four VIN 001 NFTs brought in $67,000, adding a new dynamic to the world of collecting.

“Barrett-Jackson has blazed the trail in the collector car world for decades, and the rollout of the first NFTs in our industry is another great example of our team introducing new and exciting ways to engage the hobby,” said Craig Jackson, chairman and CEO of Barrett-Jackson.

Building on the success of the NFT sales in Las Vegas, the next release will focus on commemorating the sale of 15 of the top-selling cars at the 2021 Barrett-Jackson Las Vegas Auction as three-tiered packs – Rare, Epic and Elite. The easiest way to explain this is that Barrett-Jackson has partnered with CurrencyWorks to create digital “baseball card” packs, but instead of NFTs of individual baseball players, we have the NFTs of the sale of auction cars. For instance, each pack will include a random selection of five NFTs: three images, one illustration and one video.

An NFT that may appear in a Barrett-Jackson Elite Pack might be one that commemorates the sale of this 2015 McLaren P1 at the 2021 Las Vegas Auction.

For example, a Barrett-Jackson Elite Pack may include images of the 2015 McLaren P1, 1957 Mercedes-Benz 300SL Roadster and the 2019 Ford GT crossing the auction block, a video of the auctioning and sale of the 1970 Chevrolet Camaro Custom Coupe known as “The Grinch” and an illustration of the 1963 Chevrolet Corvette Split-Window Custom Coupe – all of which sold at the 2021 Las Vegas Auction.

To illustrate what this is all about, consider the NBA’s Top Shot. The NBA partnered with a company called Dapper

Lamborghini takes the Huracán STO to the Nürburgring 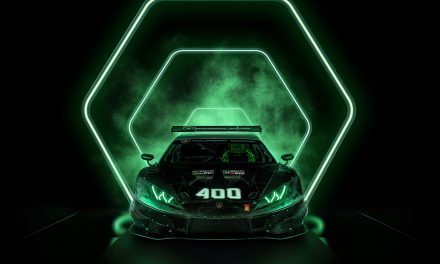 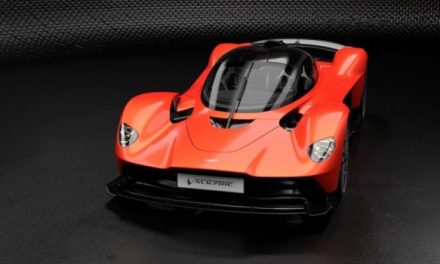 Aston Martin to Receive Electric and Hybrid Tech From Mercedes-Benz

THE COOLEST PLACE IN VEGAS: AC Cobra Heats Up the Block at Barrett-Jackson on Friday