Anthem singer emeritus of the Arizona Coyotes NHL team, Patrick Lauder (center, under flag) has been singing the anthem for Barrett-Jackson in Scottsdale for many years.

For more than two decades, a giant American flag has taken pride of place over the famous Barrett-Jackson Auction block. Hand-in-hand with that prominent display of patriotism is the tradition of singing the U.S. National Anthem to kick off every single day of the collector car auction.

After the auctioneer team lines up onstage under the massive flag, Barrett-Jackson requests all veterans, active military and first responders in the audience to stand and be recognized, and thanks them for all they do every day to preserve our freedoms.

Then, guests are asked to remove their hats and face the flag as the anthem rings out in the arena and through the auction site. It’s a moment of national pride and often can be quite emotional for many.

Performers come from all walks of life, usually hailing from Barrett-Jackson’s host city or nearby. There have been former “American Idol” contestants, Las Vegas show performers, members of the military, a Miss USA finalist, 10- and 11-year-old phenoms, professionals and amateurs alike.

All volunteer their time and talents to perform on the most famous auction stage in the world, and all consider it an honor and a privilege to sing our nation’s anthem – just as Barrett-Jackson considers it an honor and privilege to be able to pay homage to this great nation during each and every auction.

If you would like to be considered to sing the anthem at an upcoming Barrett-Jackson event, please email media@barrett-jackson.com with a video (or link to a video) of a previous performance. 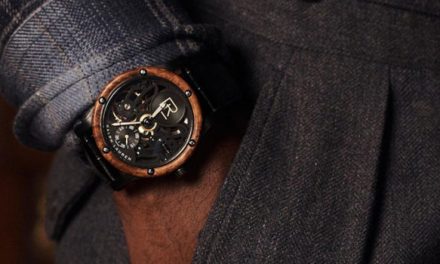 How To Buy: The Ralph Lauren Automotive Collection Timepieces