The doors of the brand-new West Hall of the Las Vegas Convention Center opened bright and early on Thursday to let in the first members of the public to view the venue in the best way possible: at the one-and-only Barrett-Jackson Las Vegas Auction.

The hammer came down on the winning bid of $180,000 for this 2021 Dodge Durango SRT Hellcat AWD, all of which benefits the Ronald McDonald House Charities of Detroit.

Highlights of the day included the first of the four charity sales slated for the event: a 2021 Dodge Durango SRT Hellcat AWD. Said to be the most powerful SUV ever, this example of a “muscle car for people with families” is one of just 3,000 produced for the 2021 model year only. The Durango Hellcat roared up onto the block and brought the gavel down on a winning bid of $180,000, 100 percent of which goes to the Ronald McDonald House Charities of Detroit.

Thursday’s collector car auction saw a diverse offering of more than 200 shining vehicles cross the block, from minibikes and Mustangs to Resto-Mods and Rolls-Royces. More than 15 record auction sales were set over the course of the day, including the top sellers on Thursday: late rapper Mac Miller’s 2012 Fisker Karma Ecosport ($165,000), a 1992 Land Rover Defender 90 Custom SUV ($80,300) and a 1966 Dodge Coronet 440 ($77,000).

Among the top sellers at the morning’s Automobilia Auction was a unique Vend-Rite balloon machine from the 1960s, as well as a number of gas pumps from the 1950s and ’60s, large Phillips 66 and Standard Oil Esso Dealer porcelain signs from the same era, and a brilliantly colored “Chevrolet Power Brakes” neon sign.

The massive exhibition hall was filled to the brim with gleaming collector cars and colorful automobilia items awaiting their turn on the auction block, as well as dozens of interactive displays of the latest and greatest from top automakers and a variety of top-notch sponsors. The vast Exhibitor Marketplace was bustling all day with shoppers eager to check out everything from fine art, antiques and jewelry to high-end boats, massage chairs and custom garage cabinets.

Outside, the sound of screeching tires and the smell of burning rubber lured fans to the Barrett-Jackson Performance Track, where they could hop in a brand-new Chevrolet Corvette or Charger and Challenger Hellcats from Dodge for a breathtaking ride with a professional driver.

The excitement continues to build as Barrett-Jackson Las Vegas rolls into Day Two on Friday. Be sure to get your tickets today (available online or at the gate) and be a part of the auction action!

Enjoy the video below to see what’s in store for the next two days, and a gallery of highlights from around the auction site on Thursday.

CELEBRATING THE $180,000 SALE OF THE 2021 DODGE DURANGO HELLCAT: JEFF SCHNEIDER, GM OF SZOTT AUTOMOTIVE GROUP AND BOARD MEMBER OF THE RONALD MCDONALD HOUSE CHARITIES OF DETROIT; BARRETT-JACKSON CEO CRAIG JACKSON AND THE LUCKY WINNING BIDDER.

TEARING UP THE TRACK AT THE DODGE THRILL RIDES.

THE CONSIGNOR OF THE GHOSTBUSTERS ECTO-1 RE-CREATION SHOWED OFF SOME OF THE CAR’S DETAILS TO A LUCKY LITTLE BOY. 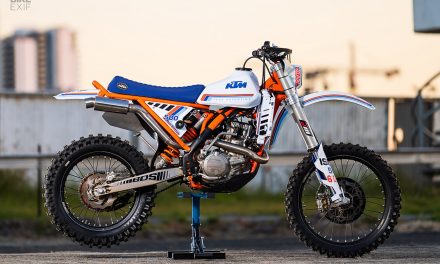 STEVE DAVIS’ BEHIND THE SHADES: The Entertainment Capital Of The World