When Henry Ford II traveled to France to see his cars beat Ferrari in the 24 Hours of Le Mans, he had this 1966 Ford Mustang GT K-code convertible (Lot #766) waiting and ready to ride anywhere he chose. It will be selling in Las Vegas with No Reserve.

When Henry Ford II globe-trotted to France to see his cars beat Ferrari in the 24 Hours of Le Mans, he had this very Mustang waiting and ready to ride anywhere he chose. Selling at the 2021 Las Vegas Auction with No Reserve as Lot #766, this 1966 high-option convertible was and still is truly one of a kind and decked out with many features that simply weren’t available to anyone else in the world, until now ‒ like the “HFII” logo in the center of the steering wheel created just for you-know-who.

Treated to a specialized Raven Black paint with a high-gloss sheen, the exterior contrasts beautifully with its white leather convertible top. The car’s interior is beyond compare. Its unique bucket seats and door panels are prototypes that would eventually be used for the 1967/1968 Cougars. The GT Equipment Group included an AM/8-track and stereo tape player, power steering, power front disc brakes and a power convertible top.

Naturally, the interior’s fit and finish is of the very highest order, especially considering who rode this pony. Tan leather seating and panels make for the perfect saddle. After all, Mr. Ford did plan to have his products ride roughshod over Enzo Ferrari’s prancing horses in just 24 hours.

The audio treat of this Mustang is thanks to Ford’s first modern high-performance small-block V8 in the form of the solid-lifter K-code 289ci engine with a single 4-barrel carburetor generating 271 horsepower and orchestrated with a 4-speed manual transmission. This is essentially the same engine architecture as that used in the original GT40s, which in fact did race and win at Le Mans.

The high-output 289 was initially produced in 1963 and offered in Ford’s Fairlane and Comet, the Shelby Cobra, then the Mustang. This race-proven engine has become a legend in its own time, and every car offered with one shares the very same status in the mind of enthusiasts from all over the world

Out back 3.89 gears make it rev-happy, and the car sounds like a very businesslike street marauder, even when parked or idling. Renault drivers were probably mortified when Mr. Ford went by them.

Some say that the “Deuce” himself drove this car to lap the racecourse during the 1966 opening ceremonies as honorary president of this worldwide event.

Up front Lot #766 carries grille-mounted fog lights and, out back, a dual exhaust. A quicker-ratio steering system makes this Mustang all the more agile. Specially designed steel wheels provide additional flash to an already extraordinary image and history.

This car lived most of its life in France, where it was displayed at numerous Mustang-related events over the years

In many ways this very Mustang is rare on top of rare, considering how few K-code models were produced, how few of them were ever so well-equipped and how none but this one can be deemed a most precious Ford blueblood. Parlez-vous francais? 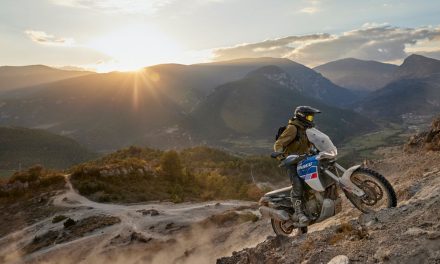 ROLLING VINTAGE: This Snap-On Tools Re-Creation Van Is Made Of Memories 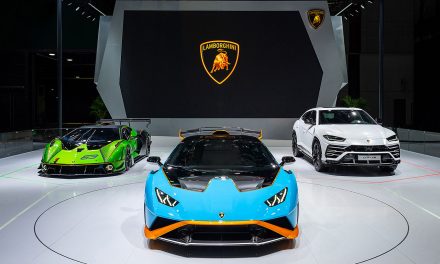