One of just 37 built, this 2015 Ford Shelby GT350R (Lot #715) first owned by Jon Gruden – now coach of the NFL’s Las Vegas Raiders – will be selling at the Las Vegas Auction with No Reserve.

Ford Motor Company has spent much of the 21st century taking inspiration from the company’s racing heritage. Retro-styled classics like the Ford GT, Shelby GT500 and Mach 1 Mustang recall the best of the past, while the addition of today’s technology and quality control give these cars far more performance and drivability than the originals. As a result, the new-generation Ford muscle cars have become immediate collectibles.

And when it comes to famous Ford race cars from the glory days, they don’t get much more iconic than the Shelby Mustang GT350R.

Ford revived the Shelby GT350 for 2015, building the car around a 5.2-liter V8 with flat-plane crankshaft. At 526 horsepower, it was the most powerful naturally aspirated engine Ford had released in its history up to that point, and the highest-revving, with a redline of 8,250 rpm. It was backed by a TREMEC TR-3160 6-speed manual transmission, with dual disc clutch and 3.73 gears out back. Stopping power came from grippy 6-piston Brembo front brake calipers, with 4-piston brakes in the rear.

One of those 37 2015 Shelby GT350R Mustangs (Lot #715), chassis #F0010, will cross the block at Barrett-Jackson Las Vegas in June with No Reserve. With only 157 miles put on the car since new, it is in even more exclusive company than its 36 siblings. Besides the extremely low mileage, this Avalanche Gray Metallic GT350R has celebrity provenance, as the first owner was Jon Gruden, now coach of the NFL’s Las Vegas Raiders, who previously led the Tampa Bay Buccaneers to their first Super Bowl win in 2003. In an interesting twist, Gruden later sold the car to his neighbor, the current consignor, laughingly admitting that he couldn’t drive a manual transmission.

The “R for Racing” designation was not just hype on the 2015 Shelby GT350R. Among the exclusive race-oriented pieces were track-capable carbon-fiber wheels, making Ford the first major automaker to include carbon-fiber wheels as standard equipment. They were teamed with Michelin’s Pilot Sport Cup 2 tires developed specially for the GT350R. The carbon-fiber wheels reduced weight by 60 pounds compared with aluminum wheels, Ford announced at the time. In addition, ceramic plasma arc spray on the front wheels provided thermal protection from brake heat.

The GT350R was not difficult to identify. It came with a large carbon-fiber rear wing, revised front splitter, vented wheel wells and a vented hood. The red accents outlining the black racing stripes are another unique R-model feature.

On the inside, the R-model came with a flat-bottom steering wheel with red mark at the top, red stitching on the RECARO seats with an R logo, red interior accents and a numbered GT350R dash plaque, among other details.

“The Shelby GT350R Mustang is a no-compromise car in the pursuit of maximum track capability,” said Ford’s group vice president of Global Product Development at the time. “It is a thoroughbred street car making use of technology and ingenuity to deliver performance few enthusiasts have ever experienced.”

Few people indeed will ever experience the wild capabilities of a Shelby GT350R, but there will be at least one more member of this exclusive club once the bidding reaches a conclusion at the Las Vegas Auction. 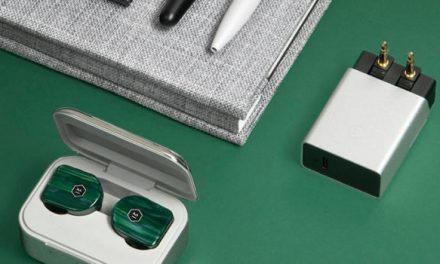