There’s something about a body-in-white high-performance car that radiates an exclusive prototype vibe that is much more about the car’s engine than any exterior color one might think of. The look of the Boss 429 under the hood of a Mustang was one of the most impressive sights during the rise of the entire muscle car phenomenon, and remains so to this day.

This particular 1969 Boss 429, which will be selling with No Reserve at the 2021 Las Vegas Auction as Lot #759, is an ideal example. The Wimbledon White paint almost hides its true potential to unsuspecting eyes, but the very shape of the Mustang is its own visual reward. Thanks to the design expertise and general hot-rod enthusiasm of the great Larry Shinoda, the Boss 429 presented itself as a leading-edge approach to perhaps the most exciting moment of that classic era.

During the car’s creation when Shinoda was asked by his compatriots about his new project he simply told them it was “the Boss’ car,” and the name stuck. That boss was Bunkie Knudsen, who headed up Ford’s stock car racing program. Besides, if they had called this hot new engine “the Bunkie 429,” it might not have caught on in the street-scene quite so readily.

The final construction of all Boss 429s was performed by Ford’s go-to specialty fabricator of Kar Kraft in Brighton, Michigan. Their resume included the development of the GT40 Mark II and Mark IV ‒ both Le Mans winners in 1966 and 1967. It took that kind of skill, talent and dedication to make the car of Knudson’s vision and Shinoda’s imagination possible, practical and ultimately so very collectible.

The interior of this specimen is all original and even offers a deluxe AM radio, which likely never had much use. Naturally, you’ll find the battery located in the trunk to keep some weight off the front end, although there wasn’t any spare room under the hood anyway.

To keep this engine combo in the good graces of government watchdogs of the day, the factory chose a smaller Holley 735 cfm carburetor to help ensure dyno-testing would reveal less potential than what was really there – and at the same time calm the engine’s output for street use by keeping the horsepower number down to a less aggressive, more socially acceptable level. Ironically, the same strategy did not apply to the Boss 302, since it used a larger 780 cfm version to boost and boast of the power even more on their soon-to-be-famous small-block.

It’s NASCAR-derived crescent-head 429ci powerhouse engine utilizes a 4-speed manual transmission to send good will back to a set of 3.91 Traction-Lok gears. And this one now rides on new springs and shocks. Power steering and brakes were standard for a dash of driver comfort.

This hand-assembled 1969 Boss 429 sports the Kar Kraft model number 1404. It had been treated to an older restoration that brought it up to its former glory. The car is fully documented and includes a Marti Report.

Just remember that two of automotive history’s most talented personalities had you in mind when they conspired to make this fabulous Mustang. When this 429 crosses the block, it might be wise to not ignore the Boss. 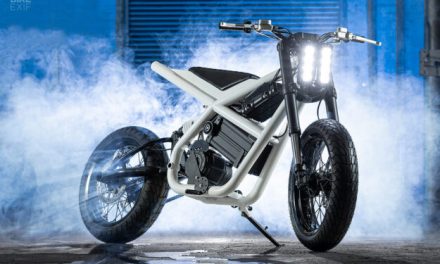