From the “Fast & Furious” franchise to Barrett-Jackson: this 1994 Toyota Supra (Lot #744) driven by Paul Walker in the first two films will be selling with No Reserve in Las Vegas.

When the “The Fast and the Furious” came out in 2001, it was billed as another guilty pleasure action-packed B-movie set to the backdrop of the burgeoning import tuner car scene. No one could have forecast the global imprint we celebrate today. The franchise has been around for 20 over years now. In that time, eight movies and one spinoff have hit theaters, and a ninth is currently on the way. The films have traveled the world, embraced other cultures and netted nearly $6 billion at the box office, forever changing lives ‒ and the automotive scene ‒ for the better. A countless number of cars and characters have made their silver screen debut in these films, but there’s one car that has remained the face of the franchise. The original “10-second car,” Brian O’Conner’s (Paul Walker’s) 1994 Toyota Supra.

The fourth-generation (MKIV) Supra was more than just another flashy tuner car in a series known for unbridled pizzazz. It was a character, beloved by the automotive enthusiast community in the same vein as the General Lee or Mad Max’s Ford Falcon. It had a magnetic personality, the focal point of nearly every scene it was in. It was the Supra that lined up against Dominic Toretto’s (Vin Diesel’s) 1970 Dodge Charger in the film’s climax. A multi-generational hero car, its signature four-abreast taillights, seared into the memories of millions who grew up watching it on film or driving it in video games.

On offer with No Reserve as Lot #744 at the 2021 Barrett-Jackson Las Vegas Auction is the opportunity to own an icon of car culture and star of not one but two “Fast & Furious” films. Extensive documentation that accompanies the vehicle, including a Certificate of Authenticity, indicates this particular car was used for multiple interior and exterior shots during many of the pivotal action scenes in the first entry in the “Fast” saga, driven by actor Paul Walker.

According to Craig Lieberman, technical advisor on the first two “Fast & Furious” films, in 2003’s “2 Fast 2 Furious” this car was brought back and modified by the original builder – the legendary Eddie Paul at The Shark Shop in El Segundo, California. Repainted in gold and sporting an all-new body kit, the MKIV played a major role in the film’s brazen and ludicrous opening race.

Under the hood of this Supra is perhaps the most renowned engine to ever come from Japan, the 2JZ-GTE. The engine was immortalized by Dominic Toretto’s crew member Jesse in the first “Fast” film with the simple words, “2JZ engine … this will decimate all.” And, indeed, decimate all it did. Known the world over, the 2JZ became synonymous for power – and near indestructability – when modified. Even the most conservative tune could double the power output, while the professionals had an unbounded field day.

This example has the added provenance of being a factory turbo car, and the turbocharged 3.0-liter inline-6 in this example is mated to a 4-speed automatic transmission. The 2JZ made the Supra a darling of the performance car world, the engine enabling the Supra to put down quadruple-digit power figures and devour naïve muscle and supercars foolish enough to pull alongside. Vin Diesel’s iconic “Smoke him” line from the first film became an appropriate mantra for those brave enough to slide behind the wheel.

This car is truly a cultural icon, an esteemed stunt car backed by extensive documentation about its incredible history. While not the first car from the “Fast & Furious” franchise to cross the block, it may very well be the most significant.

For up-to-date information on this vehicle, click HERE. For a look at all the vehicles headed to the Barrett-Jackson Las Vegas Auction (with more being added daily), click HERE.

LOOKING TO THE FUTURE: Scouting Around The Auction 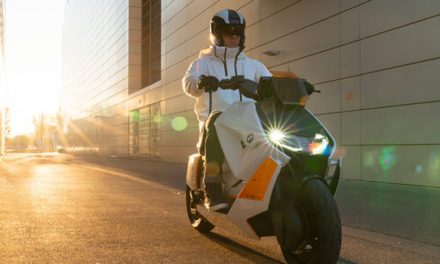