SPLIT-WINDOW STING RAY: The 1963 Corvette was a Legend in the Making

This top-of-the-line 1963 Split-Window Fuelie Corvette will be selling with No Reserve at the 2021 Las Vegas Auction.

Of all the legendary sports cars produced after WW II, the 1963-67 Sting Ray stands as a massive landmark in the Corvette’s transformation from a stylish but relatively tame cruiser into a true sports car. Design and development dates to 1957 with sketches by Peter Brock, who studied at the Art Center School of Design and joined General Motors at just 19 years of age. Brock’s futuristic and sophisticated drawings won an internal design competition at GM and predicted the Corvette’s future styling direction, giving a foretaste of the many innovations yet to come from the youthful designer. While not all of Brock’s ideas were incorporated into the XP-84 “Q-Corvette” concept that followed, including his ideas on high-speed aerodynamics, many of them did influence the eventual 1963 Sting Ray.

Bill Mitchell, who was Harley Earl’s handpicked successor as head of GM’s styling studios, took things further, gaining approval to design and build a new racing car – using one of the two exotic frames from the cancelled Corvette SS – at his expense and on his own time. Built with GM stylist Larry Shinoda, Mitchell’s racecar was dubbed “Stingray” and took the 1960 SCCA C-Modified racing championship, with Dick “The Flying Dentist” Thompson driving. Subsequently driven around Detroit by Mitchell, his stunning racer was a major step, followed by the equally stunning XP-755 Mako Shark show car of 1961, on the road to the next-generation Corvette readied for production under the watchful eye of Shinoda by mid-1962.

Sleek, aggressive and otherworldly in appearance, the production Corvette Sting Ray remains stunning today. More importantly, underneath that gorgeous new bodywork was a serious sports car, riding a shorter wheelbase than before and featuring a new front suspension and independent rear setup. The Corvette’s many engineering advances came from engineer/racer Zora Arkus-Duntov and his Corvette engineering team, relentlessly tested and proven with a long line of racing Corvettes, test “mules” and CERV I, the first Corvette Engineering Research Vehicle. Offered as a dashing convertible and sleek new coupe, the new Corvette Sting Ray drew immediate acclaim and outsold the prior year’s model by nearly 7,000 units.

Interestingly, the 1963 Sting Ray coupe’s split rear window treatment was controversial when the car was new, and this distinctive styling cue was dropped after the inaugural model year. Controversial or not,

By: Barrett-Jackson
Title: SPLIT-WINDOW STING RAY: The 1963 Corvette was a Legend in the Making
Sourced From: www.barrett-jackson.com/Media/Home/Reader/1963-chevrolet-split-window-fuelie-corvette-for-sale-no-reserve-2021-las-vegas-auction/
Published Date: Mon, 24 May 2021 19:25:51 +0000 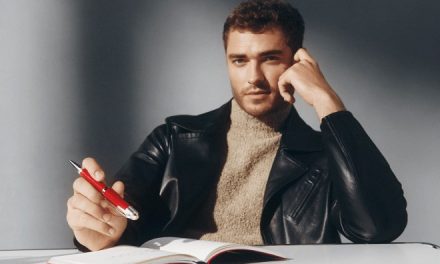 Montblanc and Ferrari Celebrate the Spirit of Enzo Ferrari