1965 CUSTOM MUSTANG: A Horse with No Name

Coming to Las Vegas with No Reserve: This 1965 Ford Mustang Custom Fastback (Lot #725).

Everyone has their own idea of the perfect Mustang, but here’s one scheduled for the June 17-19 Las Vegas Auction to tempt anybody. Starting with the iconic 1965 first-generation fastback, this pony car (Lot #725) has been reengineered with some of the most exciting parts and imagination the performance industry has to offer.

They include a 351 Windsor-based 427ci Roush crate engine generating over 600 horsepower, a 6-speed manual overdrive transmission and a stout Ford 9-inch limited-slip rear end that was also upgraded. Rear suspension remains in the stock configuration but with specialized leaf springs.

Front suspension is the work of Total Control Products and includes coilovers on tubular control arms. Structural rigidity was enhanced with custom engine-bay support bracing. The installed engine is a masterpiece of presentation.

The car’s front fenders and quarter-panels have been recreated to allow for a much larger wheel and tire package in keeping with its period race car persona – to say nothing of common physics. An aerial view would show its so-called “Coke bottle” body design element. A Cougar Eliminator hood scoop has been recrafted to precisely fit the contours of the Mustang hood, giving it a unique, functional and road- hungry appeal. The red, black and white paint scheme pays tribute to the colors of the factory-backed 1969 Trans Am race Mustangs.

To control this No Reserve 1965 Ford Mustang, Baer brakes were employed utilizing mono-block six-piston front calipers. Thanks to the footprint of those bigger wheels and tires you can reign in this wild Mustang as easily as you can kick it to run.

The interior features Mercedes Benz-style carpeting, two RECARO seats, 4-point seat belts, a 4-point roll bar, an inviting user-friendly shifter, air conditioning, power windows and no radio or back seat. Power-assisted rack & pinion steering transfers all the best sensations through the palms of your hands right down to the rest of you.

While driving this car the only line of audible communication with the outside world is the music radiating from the horsepower factory under the hood and out the custom side-exhaust outlets, reminiscent of Ford’s first Shelby B-Production Mustangs.

When Lee Iacocca first told Carroll Shelby to turn the Mustang into a competitive race car, he set the stage for an entire industry of Mustang performance parts, and a cult-like following of enthusiasts that still flourishes even to this very day. 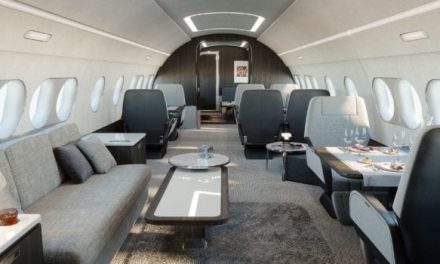