Porsche. Speedster. Two words that’ll catch the attention of any gearhead in the room. Speedster is one of the most evocative names in Porsche’s long and fabled history, a name that has become synonymous with Porsche’s renowned motorsports pedigree and open-top driving fun. The Speedster name has been a part of Porsche history since the early 1950s; it was the drive of choice for racers and legendary actor James Dean. It is a part of Porsche’s motoring legacy and Barrett-Jackson is keen to celebrate it.

Offered with No Reserve at the 2021 Barrett-Jackson Las Vegas Auction is one of the rarest 911s from the 997 generation, a 2011 Porsche 911 Speedster (Lot #741). Unveiled at the Paris Auto Salon in 2010, the 997 series Speedster was built in celebration of Porsche Exclusive Manufaktur’s 25th anniversary. As such, only 356 were produced globally – the unit total being a not-so-subtle nod to the original 356 Speedster. Built in May 2011, the car on offer – Speedster #256 – presents itself with just 1,721 actual miles and is one of just 108 allocated for the U.S. market. The 997 Speedster was available in only two colors – Pure Blue and Carrera White. This Speedster is one of just 40 produced in white.

At first glance, the Speedster’s low-slung silhouette, swept-back windshield and widened haunches immediately capture the eye. The design is equal parts progressive and contemporary, a car shaped around the ethos of providing the ultimate “wind in the hair” experience. The striking profile is defined by its curves; the “double-bubble” tonneau cover hides a black canvas manual top beneath it and provides the Speedster with its signature two-seater look. A set of unique front and rear bumpers with molded ducts and specific side skirts complete the look, along with the broad rear end emphasizing the car’s engine placement and rear-wheel-drive configuration.

Borrowed from the 911 GTS, the water-cooled 3.8-liter flat-6 engine is equipped with the Powerkit and produces a stout 408 horsepower with 310 ft/lbs of torque. Power is routed through Porsche’s highly acclaimed 7-speed PDK dual-clutch automatic transmission and on to a limited-slip differential.

The team at Porsche Exclusive Manufaktur pulled no punches when it came to the interior. Every detail was meticulously finished by hand in smooth black leather, right down to the door closure straps and air-conditioning vents.

The adaptive sports seats feature a checkered-flag design motif on 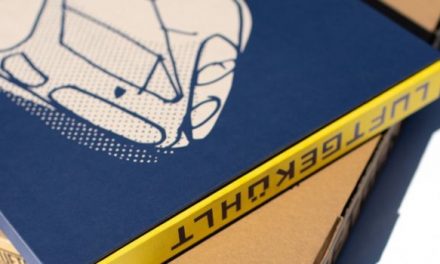 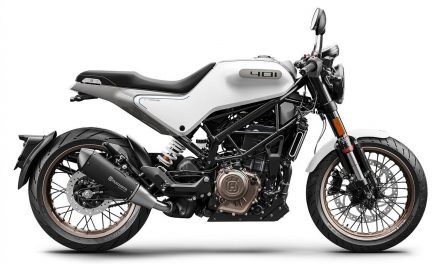